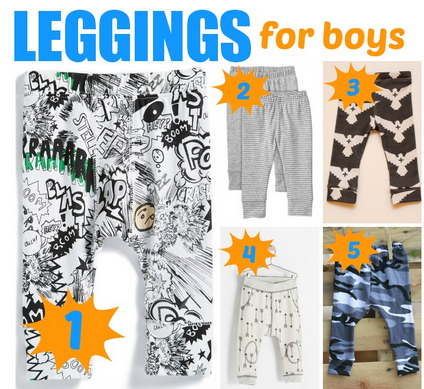 While you’re more likely to find them in the girls’ department, more and more moms are dressing their baby boys and little boys in leggings. And, we must admit, they’re looking pretty cool in them! Would you dress your little guy in a pair? Get started with some of these suggestions. 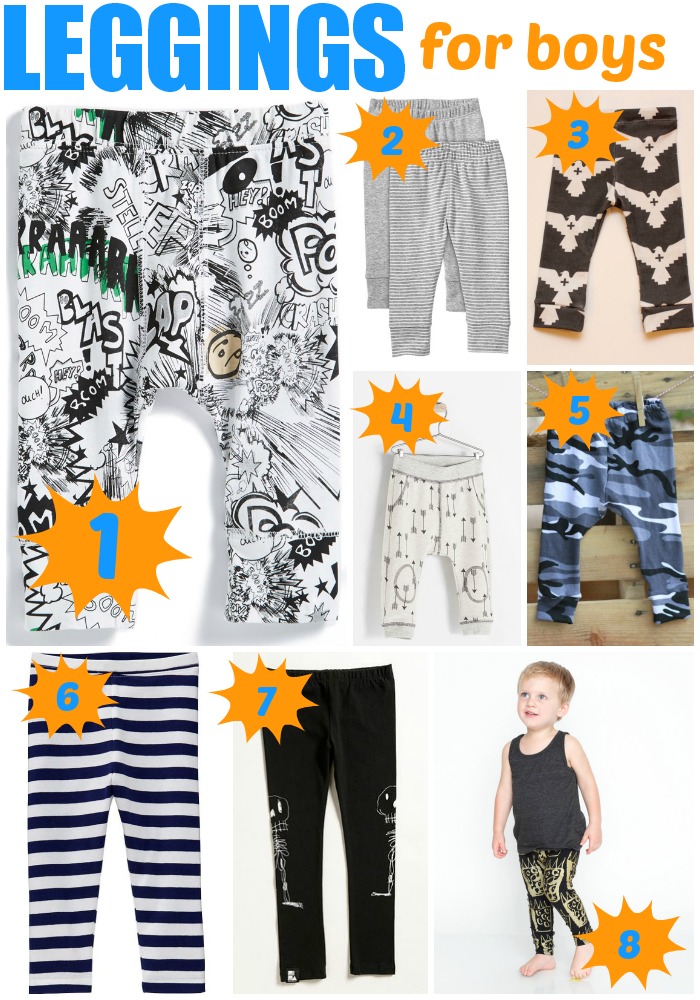 How to style them

You’re probably thinking, “They’re just leggings. What’s the big deal?” But styling leggings for boys can be a bit trickier than you’d expect. First of all, if you’ve snagged a pair from the girls’ department (which I often do for my little guy!), you’ll want to make sure that they don’t look like the were plucked out of his sister’s closet. Add a funky tee, in dark colors perhaps, to counterbalance the look.

Next, check on the pattern. Many leggings for boys come in uber-hip graphic patterns, which means you’ll want to pair them with patterns that are complimentary. Stripes pretty much go with everything, even other stripes, and a good general rule of thumb is that if you’re going to mix patterns, keep them in the same color family.

Last up, it’s easy for them to cross into sweatpants or pajama territory. And considering many of the coolest pairs cost more than your typical pair of go-to cover-up pants for your girls, you’ll want to put the effort into making them a piece of an outfit, rather than just throwing them on with whatever is next in his drawer.


Having just made the move from big city life to settle down in the town where she and her husband both grew up, Katie Kavulla is a mom of three who strives to slow life down a bit… as impossible as that is with three kids under the age of 10. A blogger turned writer, Katie has spent the past few years combining the things that she loves into a career, with a focus on helping other moms tell their story, because Katie truly believes that every mom has one to tell.