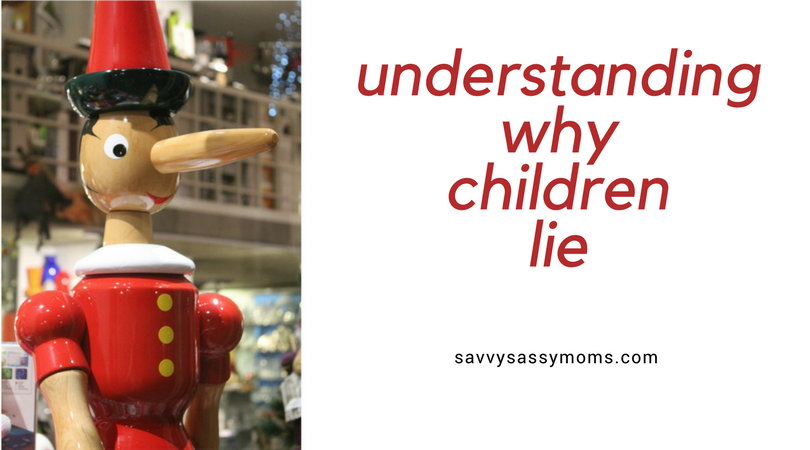 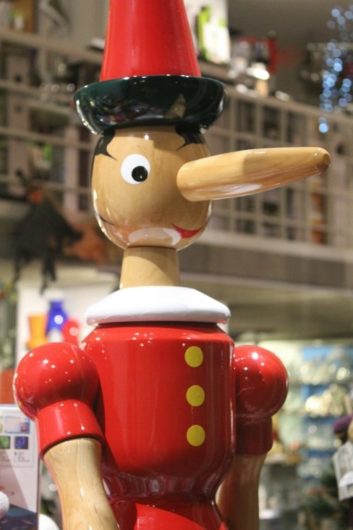 Why do children lie?

How many of you have heard this conversation before or perhaps have had this exact same conversation with your children?   It is not unusual as parents to catch our kids lying. Let’s face it, I’m willing to bet that almost everyone has lied at least one time or another. Maybe you’ve lied about your child’s age in order to get a discount on some type of ticket, you tell your child they need to behave, or Santa won’t bring a special present, or you are just having one of “those” days so you call in sick to work.

As adults, when we tell what we believe to be a harmless “little white lie,” it is often surrounded in a justification to ease any moral dilemma we are experiencing. However, when our children lie, it may leave us questioning our parenting skills, raise concerns about our relationship with them, or have us wondering if they are hiding something that could jeopardize their safety.

When do children start lying?

It is not uncommon for children to lie, even at an early age. Toddlers are more likely to lie because they don’t understand the context of what is being asked. For children who are preschool aged, its more about a creative imagination where the lines of truth and fiction are often blurred. As children get older, lying behavior occurs for a variety of reasons. The most common reason is to avoid some type of punishment. Other factors may include avoiding disappointment or embarrassment, to get out of engaging in an unpleasant task, to gain attention, protect others, or even model what they have seen or heard because it worked for that person. Though catching your children in a lie can be extremely frustrating and leave you wanting to yell and immediately banish them to their room, especially when they adamantly insist they are telling the truth; it is important as parents to examine the intent behind their lies and teach them what they should say and do instead.

How should you respond?

How should you respond when you suspect your child is lying to you? It’s important to keep an open-mind and really listen to the message they are trying to tell you. Repeat what they said and ask for clarification. Ask repeated questions or rephrase your initial inquiry to affirm that their “story” stays the same or changes. You know your child well so watch for body language or facial expressions that indicate they are feeling uncomfortable. Communicate that you think something isn’t right, or just feels wrong. You don’t want your child to feel like they are being interrogated, so consider telling them you will give them a few minutes to think about what was just said and that you will come back to the conversation.

When you know your child is lying or they eventually admit it, it is okay to tell them that you are feeling disappointed with their actions. Though your child may finally be “fessing” up, it is critical to still implement consequences to help teach the importance of telling the truth. Does sending them to their room or taking away a privilege send that message? If your child made a mess and lied about it, have them help you clean it up. When an older child lies, use this as an opportunity to discuss honesty and trust. As parents, we need to set logical and formative consequences that focus on why they are lying and what they should have done.

Be proactive about lying!

Parenting involves teaching about morals and values which begins in the home. Set a good example for your children. Have you ever lied to your children (be honest!)? Or have they ever heard you lie to someone else? When we lie, we are sending mixed messages to our kids that often leave them feeling confused.

You may find some of the shows your children watch mundane, but this is a great opportunity to start a conversation. Watch television shows where the theme was lying. Reflect and ask questions about what happened to the character? Were any relationships ruined as a result? Was it worth it for them to lie?

Reinforce your child when there were times where they could have lied but told you the truth. Tell them you appreciate that fact that they told you the truth. When you do this, you are teaching them that taking ownership and doing the right thing is always a better choice, even though it may have been difficult to do so.

Is there ever a place for lying? Of course, we want to teach our children to have strong principles, to know the difference between right and wrong and avoid hurting others. But what do you say when someone asks you if you like their outfit, but you really don’t? Do you run the risk of hurting their feelings by telling them the truth or do you say that “little white lie” to spare their feelings? This can be such a gray area to teach kids. Do you talk to your children about the difference of a “white lie” versus lies that hurt? I don’t think you should ever lie (well maybe I’m lying?). I will let you decide.

Thank you to Francine McLeod (BSW, RSW, CPC) for collaborating with Janet Arnold (Savvy Sassy Moms) on this article. Read more parenting insight from McLeod and Arnold in How to Explain a Diagnosis to a Child.


Janet Arnold is the Mother to two boys. She is a Behaviour Consultant, Author/Blogger, and an accredited Triple P Practitioner (Standard Stepping Stones) who has a strong background in Applied Behavioural Analysis (ABA). She is a High Five Trainer. Since 1996, Janet has worked with children, their families, and individuals in clinical and educational settings.

How to raise independent children

Should You Avoid Saying No to Your Child?

Kids Share the Most Annoying Things Their Parents Do