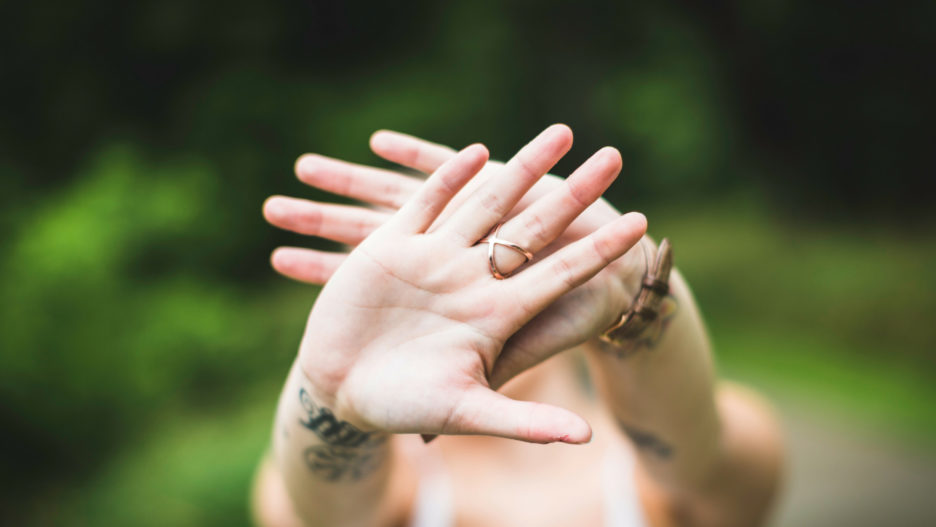 There are many things that kids do that parents find annoying.  It might be little things from leaving a dirty dish on the table, leaving the cap off the tooth paste (this one really gets under my skin!), or perhaps leaving dirty clothes on the floor beside the hamper.  But, have you ever stopped and considered what we as parents might be doing that our children find annoying, or worse embarrassing? As a parent, at some point in time your child will utter “Stop! You are embarrassing me!”

An informal poll from many kids between the ages of 8-16 revealed some insightful thoughts on what kids find annoying or embarrassing. A common theme is when parents think they are acting cool. The reality is that while we may be holding onto our perceived youth or what we deem to be “cool”, to our kids, we are completely out of touch.

Samuel (10 years old) reports: “I find it so annoying when my parents try to be cool, especially cringy dancing.”

Luke (8 years old) says he finds it embarrassing: “When they try to be cool. I’m serious they are not cool. They try so hard, they don’t succeed.”

For Brielle (14 years old), the worst is when “She has to be friends with my friends on social media. It’s so not cool.” 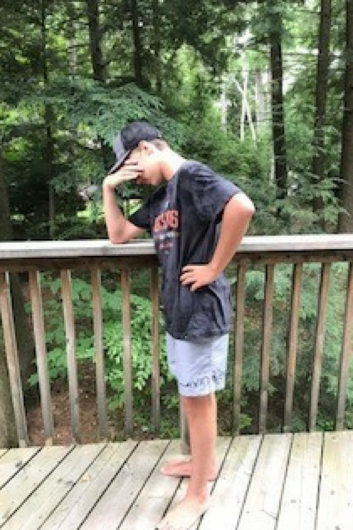 We heard you the first time!

Siblings Morgan (13 years old) and Zachary (10 years old) agree about what they find annoying. “Repeatedly asking us to do things.” According to their mother Michelle, it usually means it is something they should have done the first time they were asked but don’t always do.

Jayla (11 years old) was pretty adamant that she does hear her mom when she asks her to do something the first time, but is super annoyed when “She asks, then not even 30 seconds later she asks again!”

Stop being so overprotective!

Samuel says it really bugs him when his parents are “overprotective”.  “Like when they keep asking if you have everything more than once for school or a field trip”.

Thirteen-year-old Lauren comments that it annoys her when her parents bug her about being on her phone too much. “I have friends and we talk a lot by using the phone. They also ask so many questions and it can be too much. I will come to them when I want to talk about something.”

Many kids indicated that it is annoying when their parents want to discuss things like internet safety, puberty, cell phone expectations, etc. They already think that they know it all.

Just like adults, kids too can feel overwhelmed or confused about what is going on in their life.  As parents, our intentions are good but sometimes the message we send can really annoy our kids.  Lindsay (12 years old) states that she feels the most annoyed when her parents are late. “Like picking me up from the rink.  I am there for 3-4 hours and must wait for them. It feels like they don’t understand how tired I am.” Thirteen-year-old Jayden says he finds it the most annoying when his parents tell him to do things that he doesn’t really want to do. Angelina (13 years of age) says, “They make you socialize with everyone. Like to talk to everyone. Instead of letting you hibernate in your room and watch just Netflix sometimes. You feel forced and that is super annoying”

Do you remember getting in trouble for playing your music too loud or having your parent shake their head while your favourite rock and roll band played on the radio? Well, it seems that what our parents did to us, we are now doing to our own children! Fourteen-year-old Peter said “It is so annoying when my dad tells me to stop playing my music. He said it doesn’t even sound like real music! I guess he doesn’t like my taste in music.”

For 16-year-old Gee, it is about being taken seriously. “My relationship with my parents is a very open one and I feel as if I can share my personal thoughts, feelings and what is going on in my life. When I open up about something and am not taken seriously by them, it annoys me. I sometimes find it difficult to approach them in fear of them making light of the issue or not understanding how much it matters to me. They will joke around to put things into perspective for me, which is important, to an extent.”

Stop saying one thing and doing the opposite

A big source of annoyance is when parents don’t practice what they preach, especially when they say something but do the opposite. Angelina says “Sometimes parents think yelling at kids will help. So, if kids yell at parents then it should be the same, but it isn’t.”

“My brothers ordered albums and my parents questioned why he would do that. Then they said you can’t call CDs albums, but they call things by the wrong name all the time! Oh, and they order from Amazon all the time.”

Stop living in the past

One thing for sure, kids get super annoyed when we keep talking about what it was like when we were young.  Angelina articulated this frequently. “They keep talking about the olden days. Like, when they were kids they were outside all day and didn’t have all these things that we have now.”

What kids want us to know

When it comes to giving advice, our kids are pretty clear in what they want us to know.  For Lindsay, she wants parents to know that, “No one is perfect”. Morgan (14 years old) thinks the best advice he can give his parents is to “Stop taking sides and always assuming one of us (him and his siblings) is to blame.”

The best advice comes from Angelina; “We love you of course. Really just listen to your children, it’s important to us” and GM (16 years old) who says, “to alleviate situations that create annoyance is for families to communicate. Communication is what sets change in motion, and if you do not share how you feel nothing will change. Communication is a two way stream, and if one party is not willing to open up it can’t work.”

A very special thank-you to all the wonderful chidlren and teens who shared their perspectives!


Janet Arnold is the Mother to two boys. She is a Behaviour Consultant, Author/Blogger, and an accredited Triple P Practitioner (Standard Stepping Stones) who has a strong background in Applied Behavioural Analysis (ABA). She is a High Five Trainer. Since 1996, Janet has worked with children, their families, and individuals in clinical and educational settings.

Tips on Holding a Family Meeting

Managing Electronic Devices in the Summer

4 Tips for getting kids to talk about their day