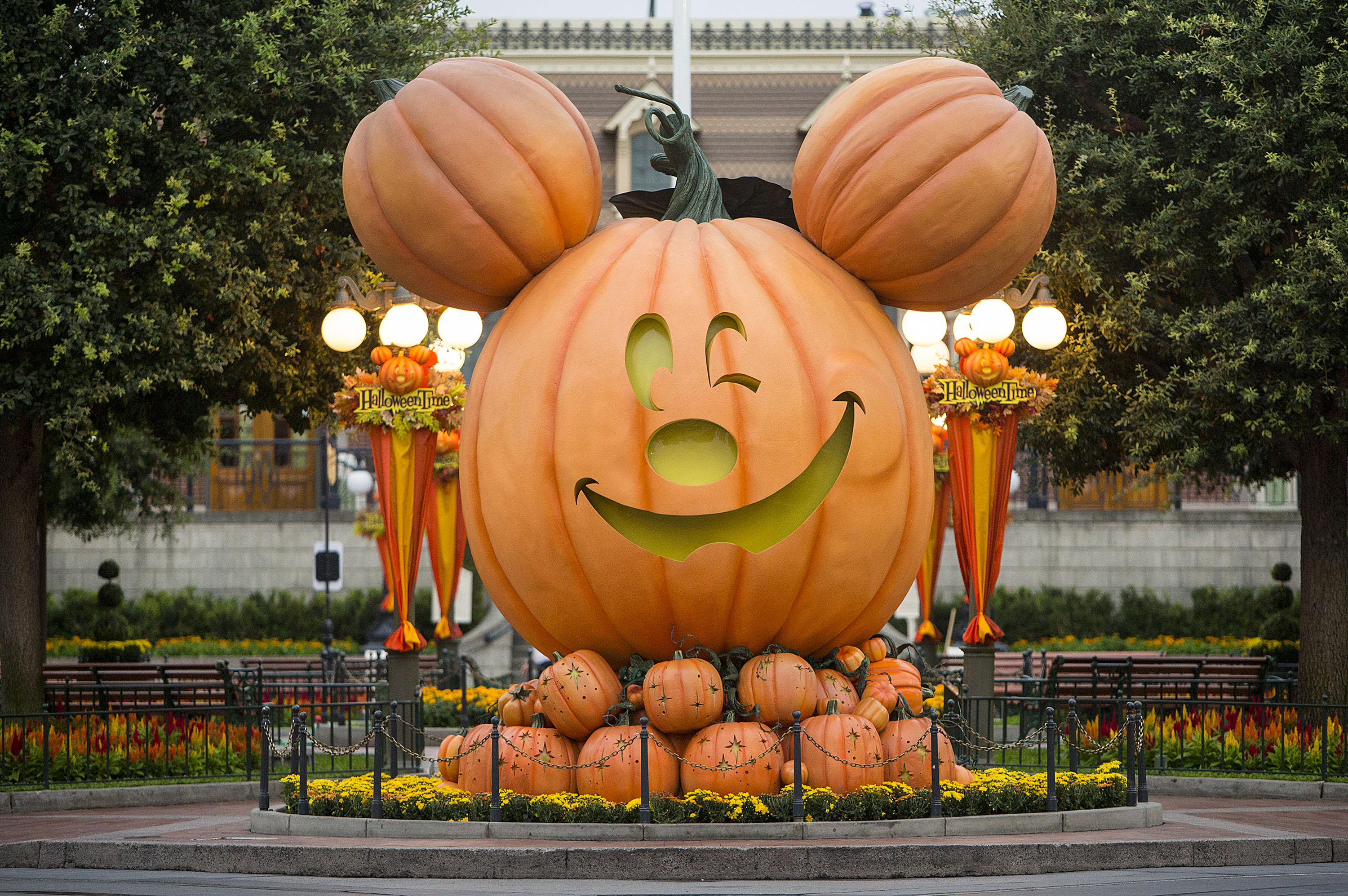 As I mentioned last week I was going to go to Mickey’s Halloween Party at Disneyland with my husband and kids. We went to the Halloween bash on Friday night and had a blast. It was the perfect way to celebrate Halloween with young kids, and we had fun as well. 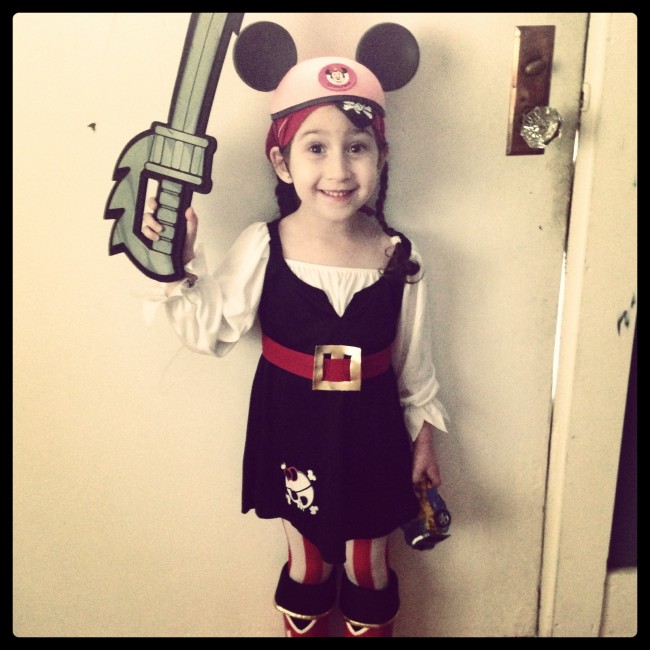 dressed as a pirate, but with her Mickey ears on

My youngest was the only one who dressed up, but it didn’t matter either way because all 3 of the kids had a blast. They all really loved trick or treating throughout the park at the designated locations. They got so much candy that we filled a huge mixing bowl when we dumped it all out. We didn’t even hit all of the trick or treating trails laid out throughout the park. 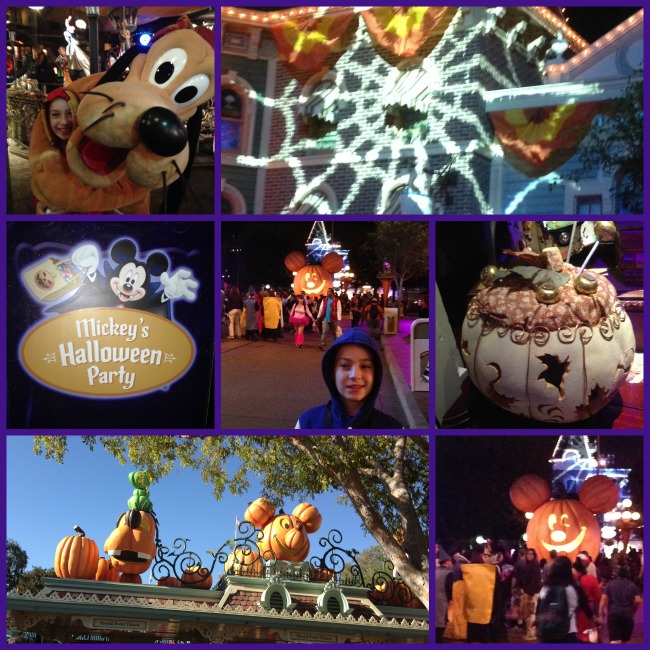 The Halloween festivities throughout Disneyland transformed us in only the way that Disney can do. All of the Disney characters were wearing costumes too. One highlight for my 7 year old son was meeting Pluto dressed as a Pirate when we went to Piratepalooza in Frontierland. My 9 year old met Phineas and Ferb at Tomorrowland so he was all set. 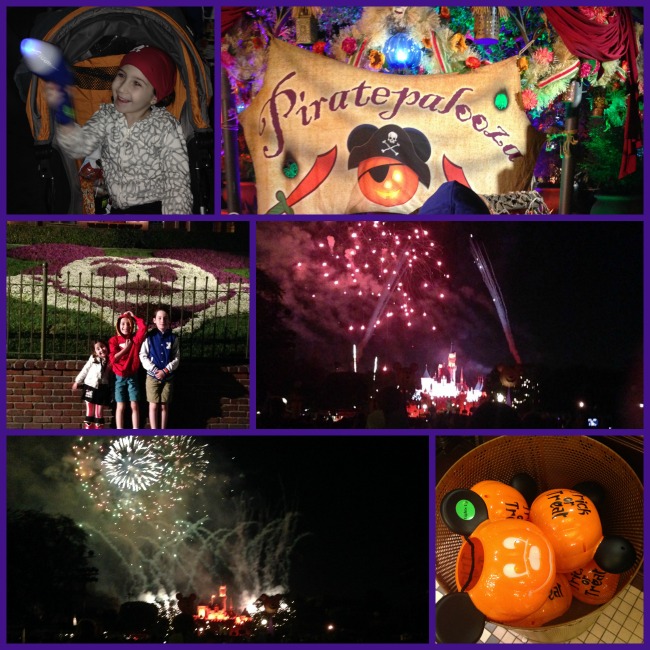 One thing that was truly magical was the beautiful “Halloween Screams” fireworks show in Main Street. My kids made sure we were on time and waiting to see the beauty of the night sky when it began. With fabulous fireworks and music this fireworks display was the perfect way to light up the sky for Halloween. My 4 year old couldn’t stop talking about the fireworks and how beautiful they were.

Just as my husband and I were too pooped to think anymore, we sat down in Main Street to gather our belongings and give the kids the 5 min warning, Mickey’s Costume Party cavalcade came down the street. My kids stood riveted as they watched all of their beloved characters come down the street in their Halloween costumes. It was a wonderful parade that I hadn’t expected them to adore it as much as they did. Let’s be honest it kept my kids quiet for 10 mins too!

Highlights of Mickey’s Halloween Party include:

Disclaimer: I was given tickets to Mickey’s Halloween Bash for me and my family. The savvy sassy opinion above is my own.

We’re so excited about Mickey’s Halloween Party at Disneyland!

A Spooky Halloween Centerpiece From The Dollar Tree