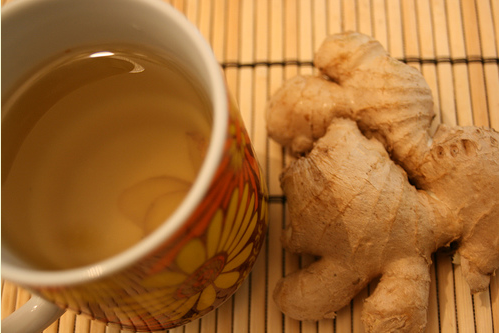 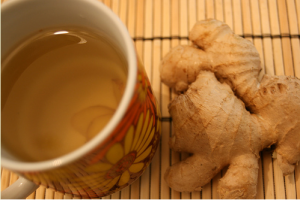 Morning sickness. Ick. While pregnant with my son I had it bad.  Even saying those two words still make me want to – well – barf.  While some women are blessed with feeling lovely all of their first trimester, I was “blessed” with one of the worst cases of morning sickness ever – nausea, vomiting, fatigue, dry heaves, smell sensitivity. You name it, it made me want to gag. And let me tell you, it was not just “morning” sickness – it was also afternoon and evening too.
It left me wondering about how people say pregnancy makes you glow. If by glowing you mean having a greenish look about your face, then I was indeed “glowing.”

So what causes it?  BabyCenter.com says that it’s a combination of sensitivity to smells and tastes combined with a surge of pregnancy hormones. Nice.  So, with out further ado, here are a few of my tried and true morning sickness relievers from one survivor to another.

Ginger – I never really liked ginger and never really ate anything ginger flavored before, but this seemed to really do the trick. I don’t know if it was the fresh zing that cancelled out everything else that you could ever think of smelling or tasting, but it worked so I didn’t question it. Try grating ginger in some hot water for a tea, ginger candy, crystallized ginger, or ginger ale (just be sure it’s made with real ginger).

Sea – Band: While this is a name brand version of a compression bracelet, you can find other ones for less at your local drug store. You have a natural pressure point on your wrist that is thought to ease nausea. People who get car sick or seasick use these, as do barfy pregnant ladies. http://www.sea-band.com/

Seltzer Water – Since you can’t have any over the counter drugs while you are pregnant, except for Tylenol, I could not take my usual go to anti-naseau cure, Alka Seltzer. So, the best bet was to go was with another fizzy drink – Seltzer Water. Best part is, it also helps keep your body hydrated. And if you are vomiting, that’s really important. Also, they come in great flavors like lime and lemon. Nice any time of the day.

Soda Crackers – Nothing worse than an empty stomach while feeling the affects of morning sickness. It’s a vicious cycle. You don’t want to eat because you feel sick, but if you don’t the acids in your stomach only make things worse. Try eating small meals, and if you can’t keep that down, at least snack on soda crackers, or Cherrios in my case, to keep your tummy from gurgling.

Peppermint – This probably falls into the same category as ginger. But peppermint is just naturally refreshing and it gives you an immediate pick me up.  Altoids are the best because they cancel out all other smells because they are so strong.

Christina Montoya Fiedler is a Los Angeles-based parenting writer. Read more of her posts on her blog Mama to the Rescue and follow her @cmf2009

To Maternity and Beyond…

I’m over on zulily’s blog today!

Getting your Pre-Baby Body Back: The Three “C”s

Top 6 Exercises to Prepare for Pregnancy