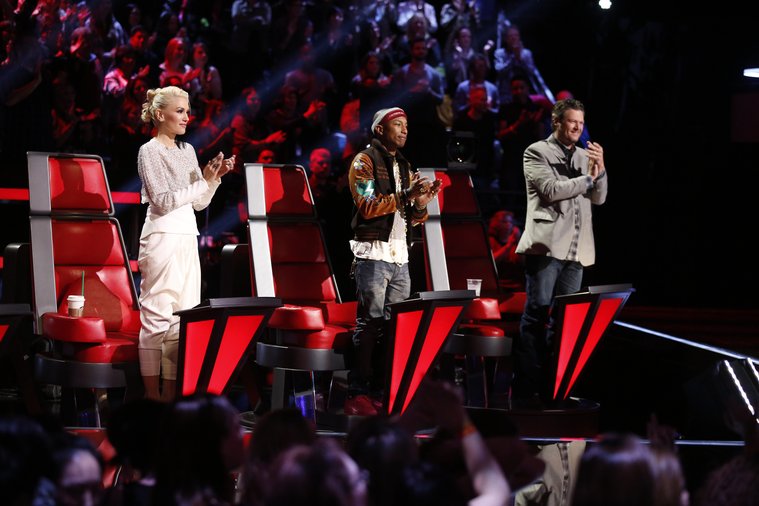 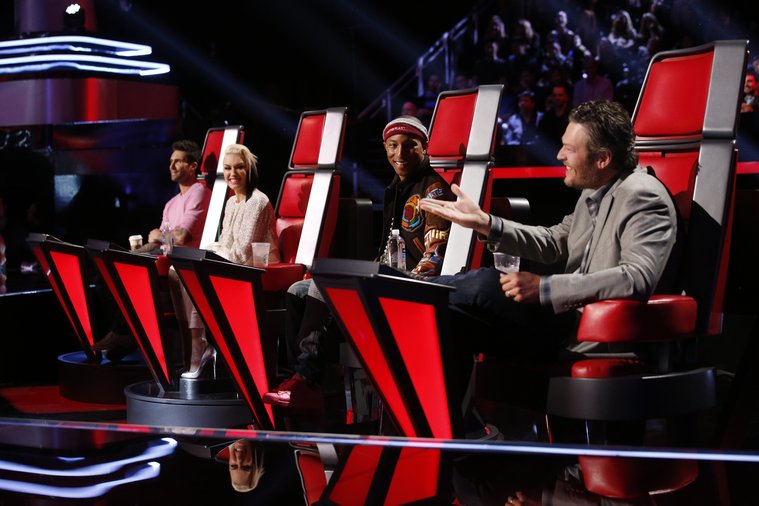 Last week I got to represent Savvy Sassy Moms at a live recording of the hit show The Voice at Universal Studios in Los Angeles. My mother was visiting from Connecticut for the holidays and it was a perfect outing for us – music, stars, behind-the-scenes glimpses at the action, and we were even caught on camera at the beginning of the show, clapping and laughing and having the time of our lives. Not only did we have a wonderful time at The Voice, but we also got to drive there in style, thanks to Nissan’s little gift of a 2015 Versa Note for me to drive for the week.

As a sponsor of The Voice, Nissan wanted us to arrive in style. I told them I’d like to try the Versa Note because it’s the tiniest car they make, and I wondered what it would be like to zip around Los Angeles, a car-centric city, in such a small vehicle. The car they sent is a 2015 Versa Note SR in Metallic Peacock. 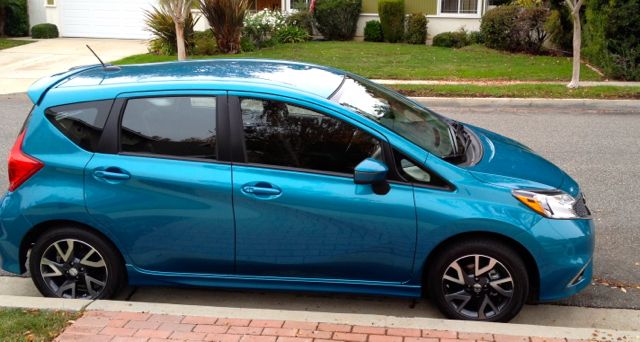 Inside its kicky exterior, it’s a pretty basic car. The engine is loud and takes a few seconds to pick up speed. But it gets great gas mileage with a combined city/highway 35 miles per gallon. I’ve been driving it for 6 days all around my normal places and I’ve only used half a tank of gas. Despite the Versa Note’s small size, which allows me to squeeze into small parking spaces without fear of bumping other cars, it has a comfortable roomy interior. It seats five people without crowding, which I discovered when I drove my parents and my 2 kids out to dinner one night. On the other hand, the cargo space with all those people is limited. One load of groceries for my food-vacuum family required me to push the back seats down. It’s a perfect car for getting from point A to point B, and this actual car with all of its extras costs just over $19,000. 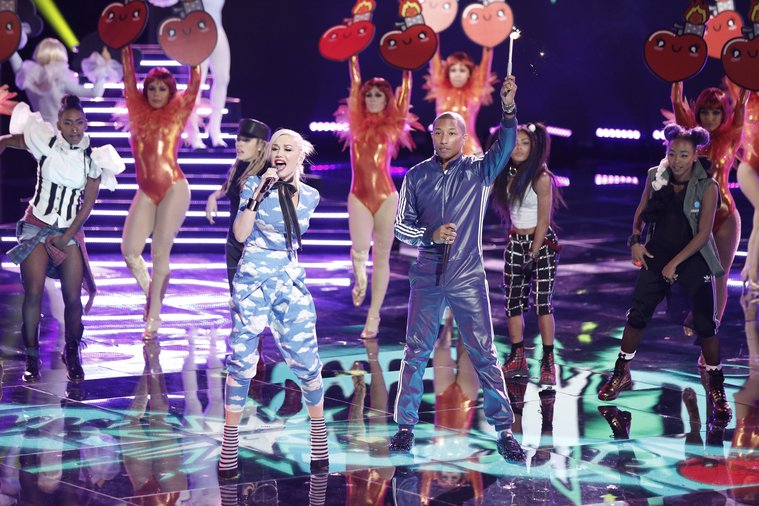 The Versa Note got us from point A to point The Voice just fine thank you very much. I appreciated the modern sound system, which is a departure for me because I drive a 10-year-old sedan with a CD player that was broken long ago by my children and doesn’t have an iPhone hookup or Bluetooth connection. So in the Versa Note my mom and I got to play some tunes on the way to the show.

You can get free tickets to the Voice live shows just by going through NBC’s website. We were lucky to have VIP passes, so we were whisked directly to our seats – which were amazing – by friendly staffers. The whole process was fascinating. On the day we were present, Gwen Stefani and Pharrell taped a special performance of “Spark the Fire” complete with sparklers and torches and dancers and glow sticks for everyone in the audience to wave. They did three full performances of the song, then the producers edited a package together and played it during a later segment of the live show.

Let me tell you something. I am pretty sure that rocking out with my mom to a live Gwen Stefani performance wasn’t ever on my list of things to do, but I am definitely glad that it happened! We loved Stefani’s unique fashion choices – who else can pull off rock’n’roll pajamas and make that look cool?

As if that wasn’t awesome enough, then there was the whole episode of The Voice to experience. As audience members we had a very important job: applause. This was serious business. We had to stand up and applaud and cheer before every segment began, and stand during every performance. We were grateful for our awesome seats which were to Adam Levine’s left and level with the stage. The poor folks who stand down below stage level had to stand there for three hours! At least we got to sit down during commercial breaks and while the judges were talking with the contestants.

I was glad I picked something cute to wear, because as it turned out, our seats were right where the top 8 were headed at the end of their opening song, “Geronimo.” I couldn’t believe it when Craig and Damien danced and sang their way right up to where I was standing. That was when I wished I had taken the time to do my hair. We show up around 3:50 in the episode on the NBC website here. 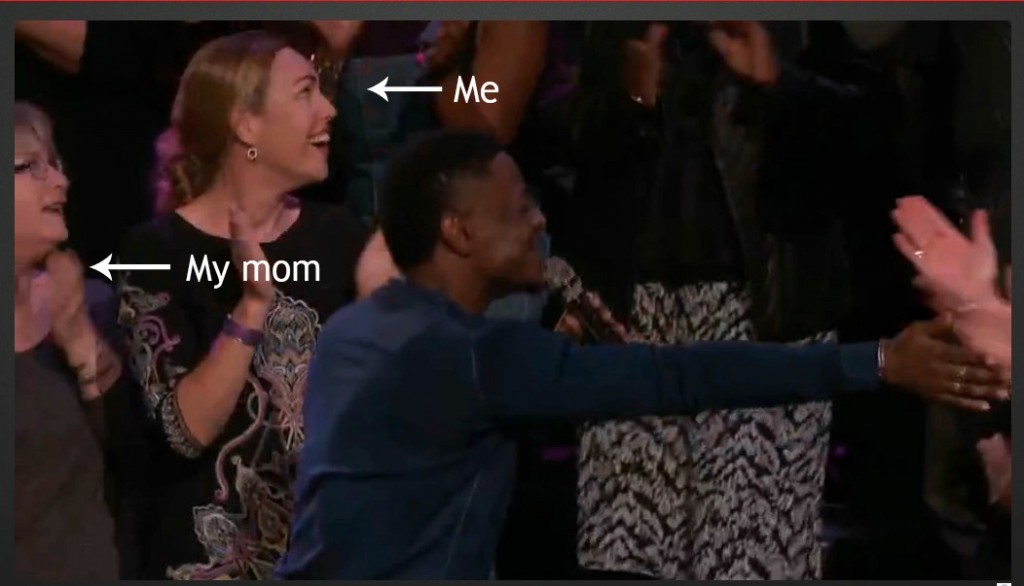 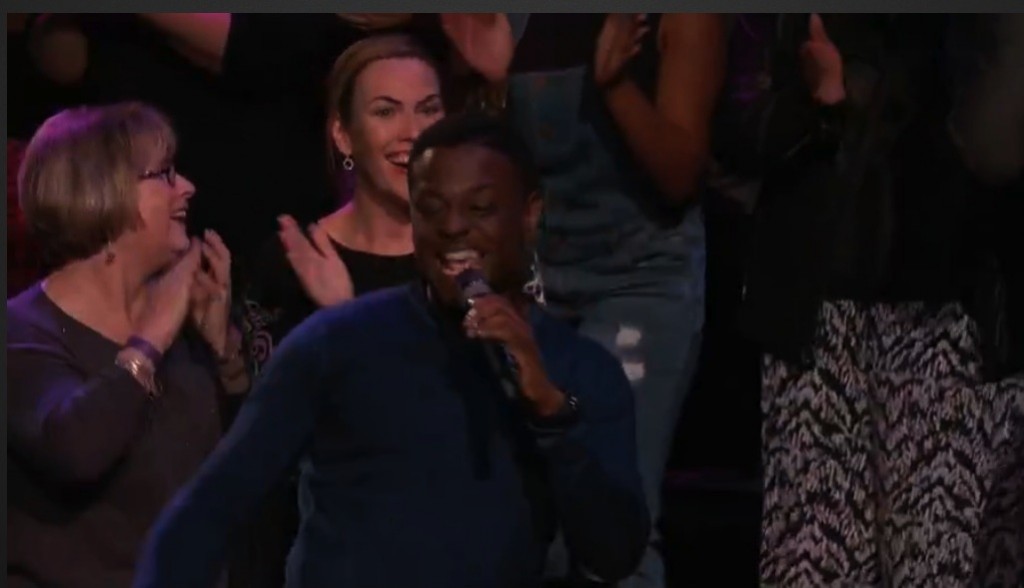 The show was so much fun in person. The sound was excellent, all the performers sang their hearts out, and it was fun to watch the judges joke and goof around during breaks. Nick Jonas performed during this show and the audience went nuts. I hadn’t watched the Voice before but being there for this episode definitely made me invested in the outcome! 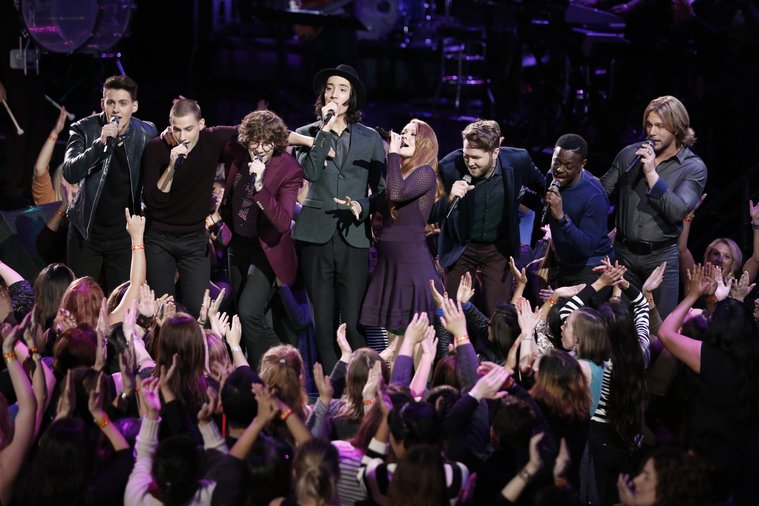 After the show, a staffer drove us back to the parking garage in a 2015 Nissan Murano. That’s more the style of car for my family, but I liked both driving experiences. We stayed at Universal for dinner at City Walk and then finally went home to show the DVR’ed episode to my family. What a day! My mom has a great story about her trip to Los Angeles and I got my face on network television for a nanosecond. Not too shabby. (Also, now I really want a new car.)

Nissan gave me a car to drive for the week and 2 VIP passes to a taping of the Voice. All opinions are my own. Or my mom’s.