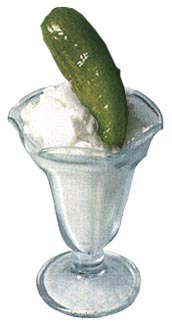 Before I even knew I was pregnant I had an intense craving for steak. Weird, because I don’t really eat a lot of red meat. Looking back, I was probably craving protein – energy to help grow the little baby that was inside of me.

Then, morning sickness hit, and I didn’t want to eat anything. But after those first few months passed, and I was back to the land of the living, my baby made some specific requests. Here’s what I wanted for the entire nine months. And if you look closely, you’ll see a strange theme – orange.

I wanted oranges. I had a least two a day and they had to be cold. I kept a bunch in the fridge at all times. I also craved carrots. Specifically baby carrots. I ate an entire bag once and it resulted in a pretty bad stomach ache. So worth it. While those are super healthy cravings, I also had one downfall craving – Cheetos. I could not pass them up and they had to be the puffed kind. I could probably have eaten a whole bag every day, if left to my own devises, but I rationed them, knowing that a baby raised on cheetos, could not be good idea.

I remember watching an episode of I Love Lucy as a kid, where a pregnant Lucy makes Ricky go out at 4 AM to get her pistachio ice cream, sardines and hot fudge sauce. She combines it all together and declares it delicious, while Ricky nearly gags. Other pregnant mothers report similar cravings albeit not as strange.

According to ABC News, Angelina Jolie craved onion rings while Christina Applegate wanted nothing but avocados.

Moms, what did you crave while you were pregnant?

Christina Montoya Fiedler is a Los Angeles-based parenting writer. Read more of her posts on her blog Mama to the Rescue and follow her @cmf2009.

To Maternity and Beyond…

I’m over on zulily’s blog today!

Getting your Pre-Baby Body Back: The Three “C”s

Top 6 Exercises to Prepare for Pregnancy