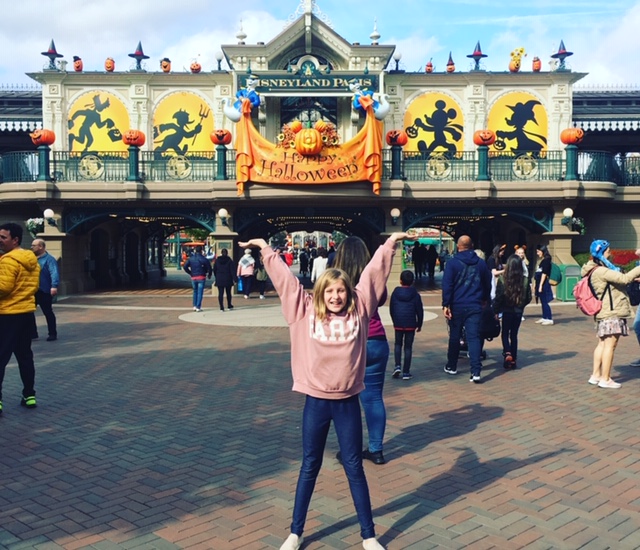 When I decided to take my oldest to Paris for her birthday, I couldn’t decide about tackling Disneyland Paris. After all, it hadn’t even been two years since our first (and only, thus far), visit to Disney World. It certainly wasn’t as if we would be hard-pressed to find things to do in Paris. Between museums and monuments, shopping and dining, I knew we would easily fill our days. But for young kids, Disney theme parks are the coolest places on Earth. So I booked my tickets and prepared for our visit. 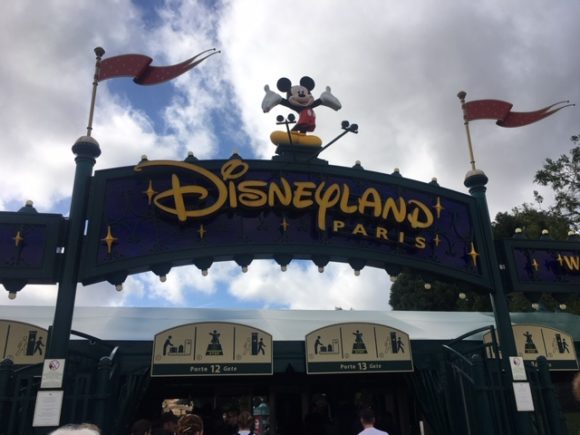 You can easily book tickets to Disneyland Paris online, though prices depend upon the day you wish to visit. Weekends are generally more expensive than weekdays, and holidays are pricier than off-season. Getting to Disneyland is also super easy, as you can hop onto the Metro from the city proper and arrive right at the park gates (a word to the wise here: be sure you pay for the proper Metro ticket. Even if the ticket allows you to board the train, you can be fined if you don’t have the correct ticket. Not that I know from experience or anything). Disneyland Paris consists of two parks, Disneyland Park and Walt Disney Studios Park. These are similar to Magic Kingdom and Hollywood Studios, respectively.

The magic of holidays at Disney

My daughter’s eyes lit up as we first strolled through the gates. Our previous visit to Disney World in Orlando had been during Spring Break, so we’ve never seen the parks lit up for a particular holiday. During our visit in October, we arrived to see the park decked out for Halloween, with not-to-scary decorations scattered throughout the park and themed celebrations throughout the day. We got to see a spooky-ish parade, try themed goodies (Maleficient’s hot chocolate anyone?) and snap photos with a variety of ghosts and ghouls. We also thoroughly enjoyed riding the Haunted Mansion ride and the Pirates of the Caribbean ride, both of which fit right in with the not-so-scary Halloween theme. 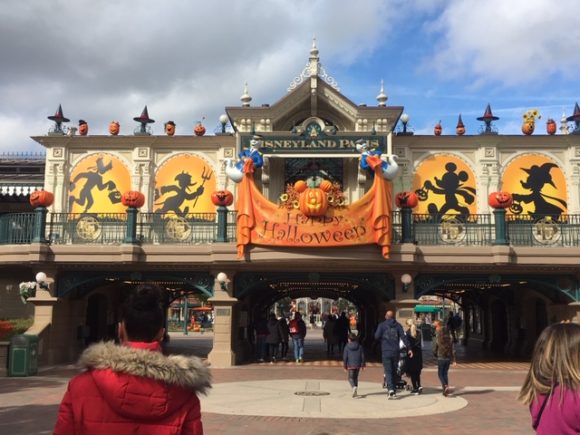 Though we loved riding It’s a Small World at Disneyland, we were disappointed to find several rides were closed with no explanation. Maybe one day we’ll have another chance to try those, including the Mad Hatter’s Maze and the Indiana Jones rollercoaster. Likewise, several eateries were shut down during our visits, making the lines at the ones that were open a little longer. We waited more than 10 minutes for our Maleficient hot chocolate because there was only one employee at the snack stand and quite a line.

Our favorite spot at Disneyland Paris

Our favorite spot in Disneyland was easily Adventureland. We wandered through spooky caves and crossed over suspension bridges exploring the area. We discovered Pirates’ Beach during our journey and loved the open play areas. My biggest critique during my visit to Magic Kingdom at Disney World was that there wasn’t really a spot for kids to get out and just run. They went from stroller to ride lines and back to stroller again, breaking intermittently for food. Adventureland at Disneyland Paris offered lots of space for kids big and small to stretch their legs and run a bit wild! The caves were especially fun (and a tad spooky, which made them that much cooler!). 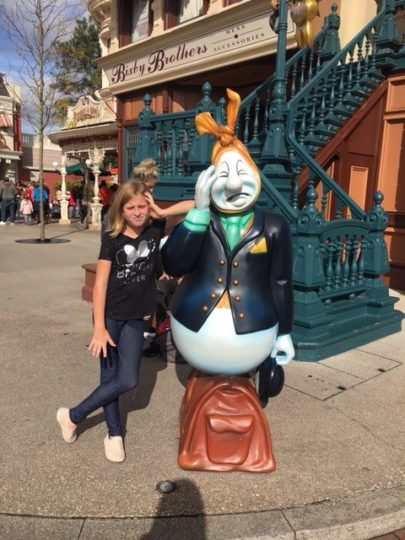 We also really enjoyed seeing a large display and tribute to the movie Coco in Frontierland. We loved the movie Coco, and saw it right when it came out in 2017. Disneyland had life-sized statues of some of the main characters and lots of colorful displays to commemorate the movie.

One major difference between Disney World and Disneyland Paris

The biggest difference for us, honestly, between the French and American theme parks, was the language at Disneyland Paris. Don’t worry, absolutely everything is in English! But most signs and announcements are also in French. Also cool was the see the lights and fireworks show at the end of the day. One of the final songs was Let It Go from Frozen- in French! Same melody, different lyrics. My daughter and I loved belting out the English lyrics as tourists all around sang more softly in French. The fireworks display was spectacular, not that I would expect anything less from Disney.

All in all, we had a fantastic time at Disneyland Paris. From Adventureland to Fantasyland and Frontierland to Discoveryland, Disney never disappoints. Paris itself is absolutely magical — no amusement park necessary. However, I do think a trip to Disneyland for my daughter broke up some of the not-always-exciting museums and monuments that make Paris such a fun city to travel to. If you want to sprinkle some Disney magic into your European adventure, Disneyland Paris might be the spot for you!

My oldest and I now have our sites on Disneyland Tokyo! If you’ve been, I’d love to know your thoughts in comments!


Stephanie Jarrett is a Midwesterner and total girl mom. Although she now lives in Arlington, TX, Stephanie will always call the Midwest home and is a proud Missouri Tiger. She enjoys reading, running and red wine. When she’s not chasing three little blondes all over DFW, you will find her working from her home office listening to country music.

10 things to do with kids in Palm Springs

The Century of the Child, Stokke featured at the MOMA

Where to take the best pictures of the Eiffel tower