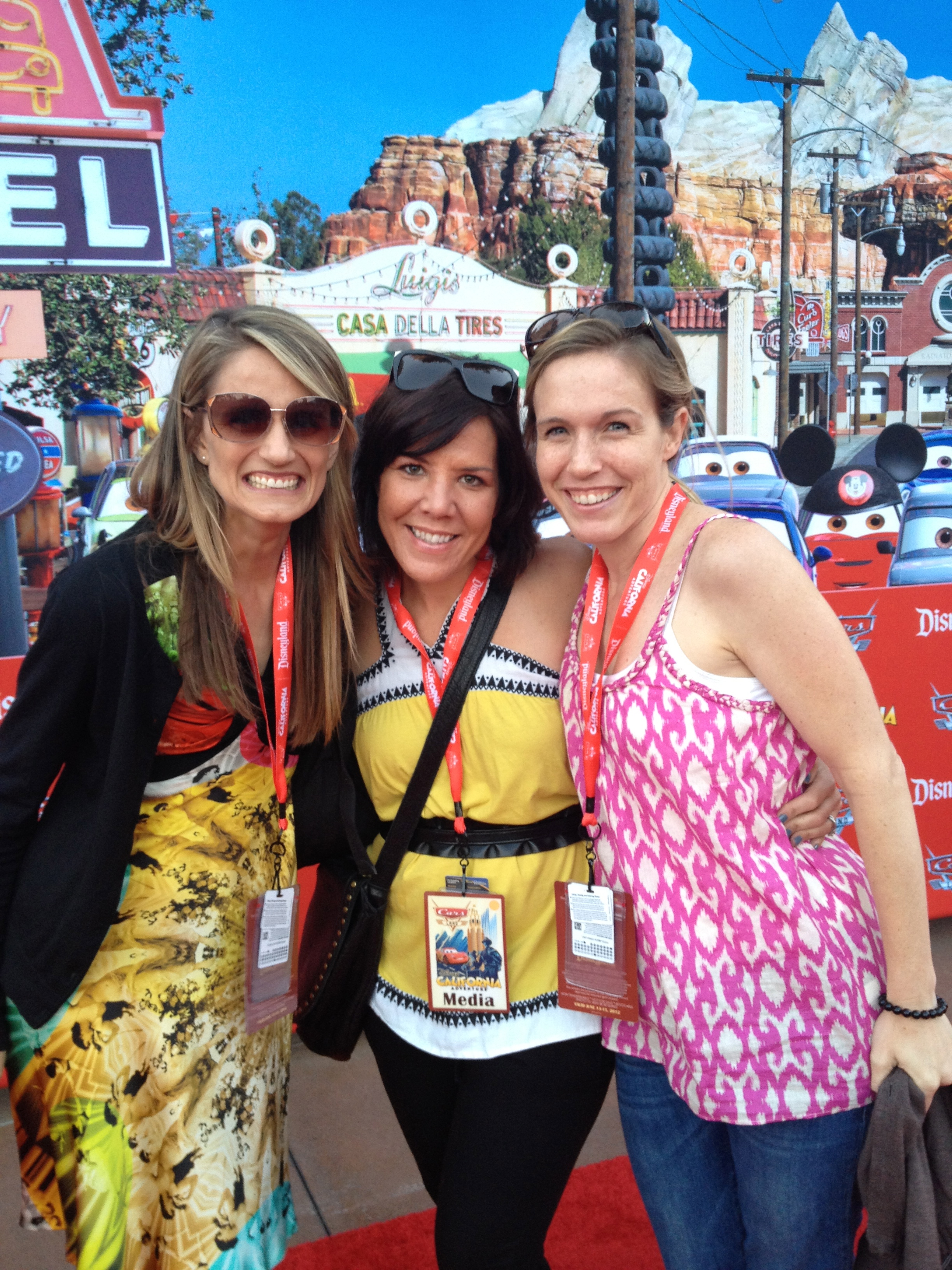 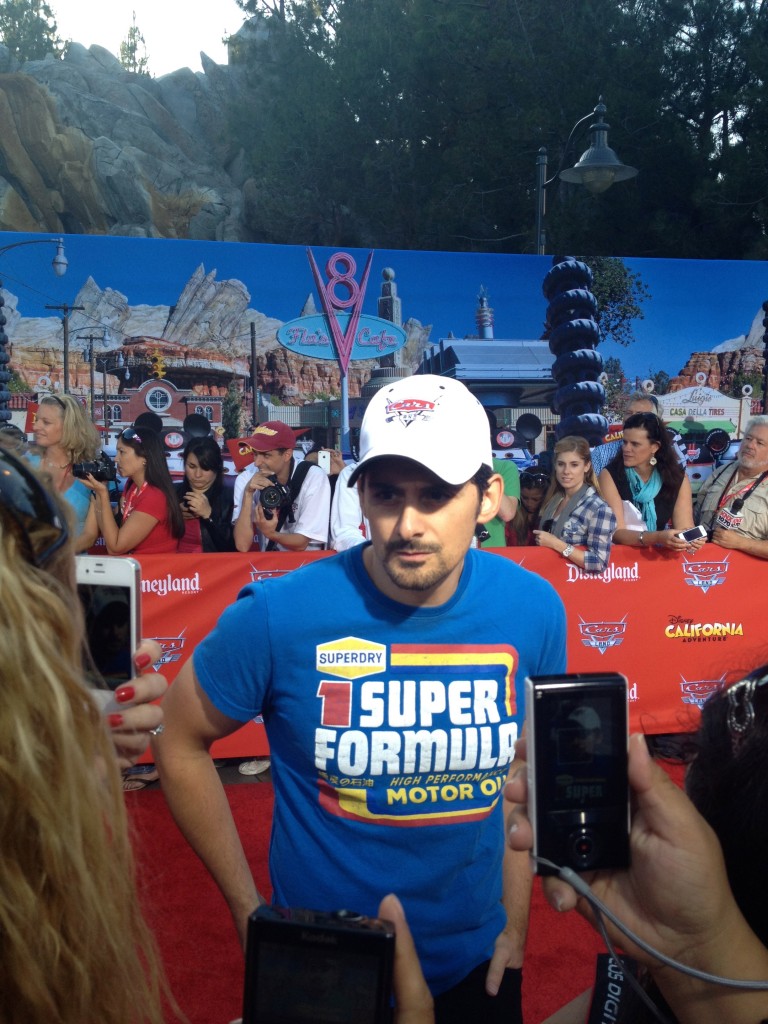 This past Wednesday night I was on the Red Carpet for the star studded premiere night of Cars Land, which opens to the public TODAY!  This new addition to Disney’s California Adventure has been in development for 5 years and you could feel the excitement for Radiator Springs to be finally be revealed.  I was among a group of Mom bloggers, Family bloggers, Travel bloggers and Latina bloggers who took over the red carpet to grab interviews, take pictures and live tweet from the red carpet!  Many of the stars were eager to talk with us and excited that we were there, because hey lets face it, bloggers are just more fun to talk to than the regular press 😉  Brad Paisley who wrote and performed on the both of the Cars soundtracks was one of the first to stop to talk with us.  When asked his favorite Cars character he said without a doubt “Lightening McQueen”.

Many of the Cars voices including Bonnie Hunt, Larry the Cable Guy, Cheech Maron, and John Ratzenberger all walked the red carpet and were there to celebrate the opening of Cars Land.  We also saw the two stars of the popular Disney show Shake it Up (one of my daughter’s favorit’s)  and we even met the voice of Pheneas & Ferb!  Which I had to laugh, because I literally just bought my son a whole pack of Phneaas & Ferb underwear, but I didn’t tell him that.

My family was one of the first to get to step foot onto Radiator Springs so hold tight more Cars Land coverage to come…. 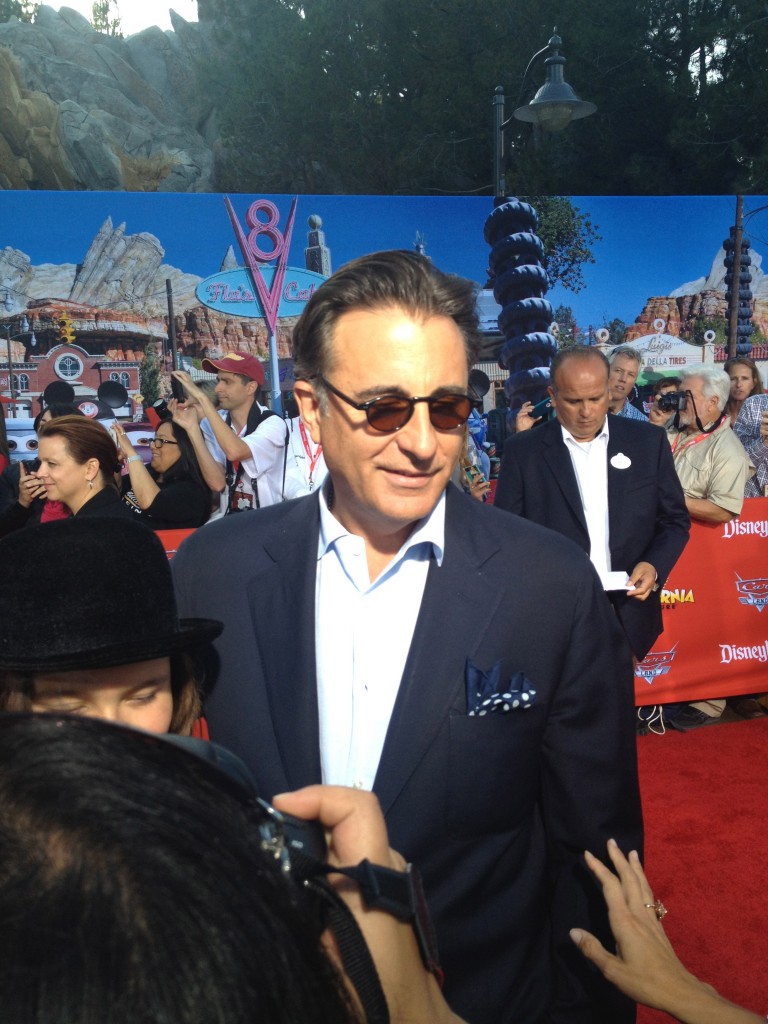 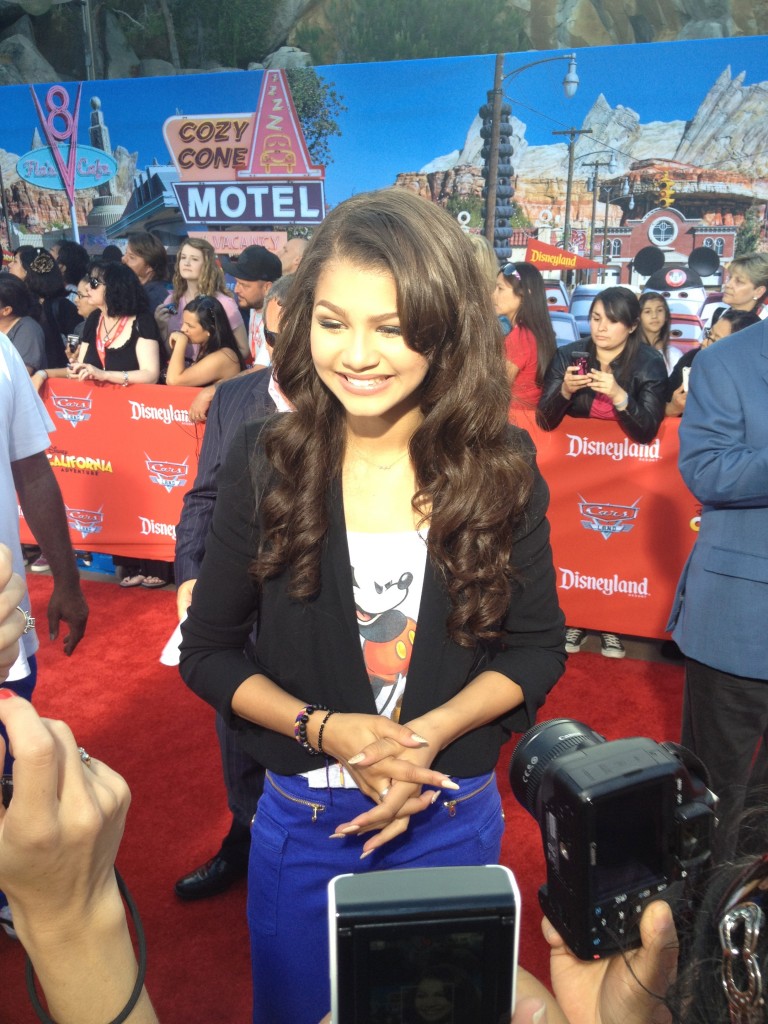 Zendaya Coleman from “Shake it Up!” 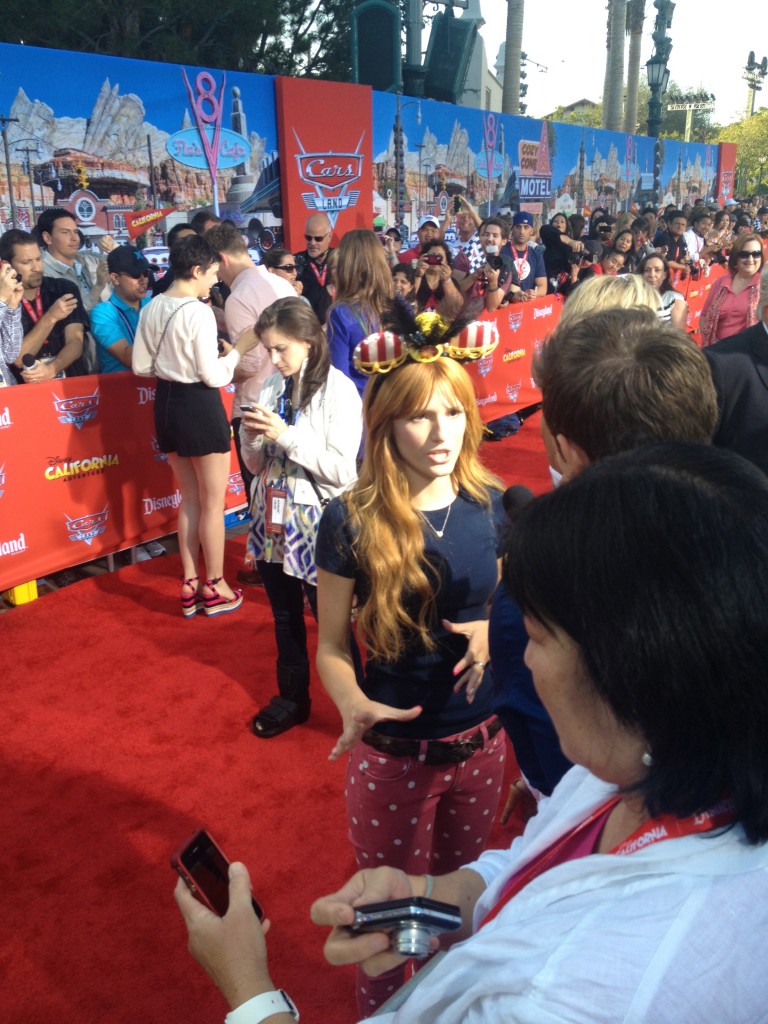 Bella Thorne from “Shake it Up!” 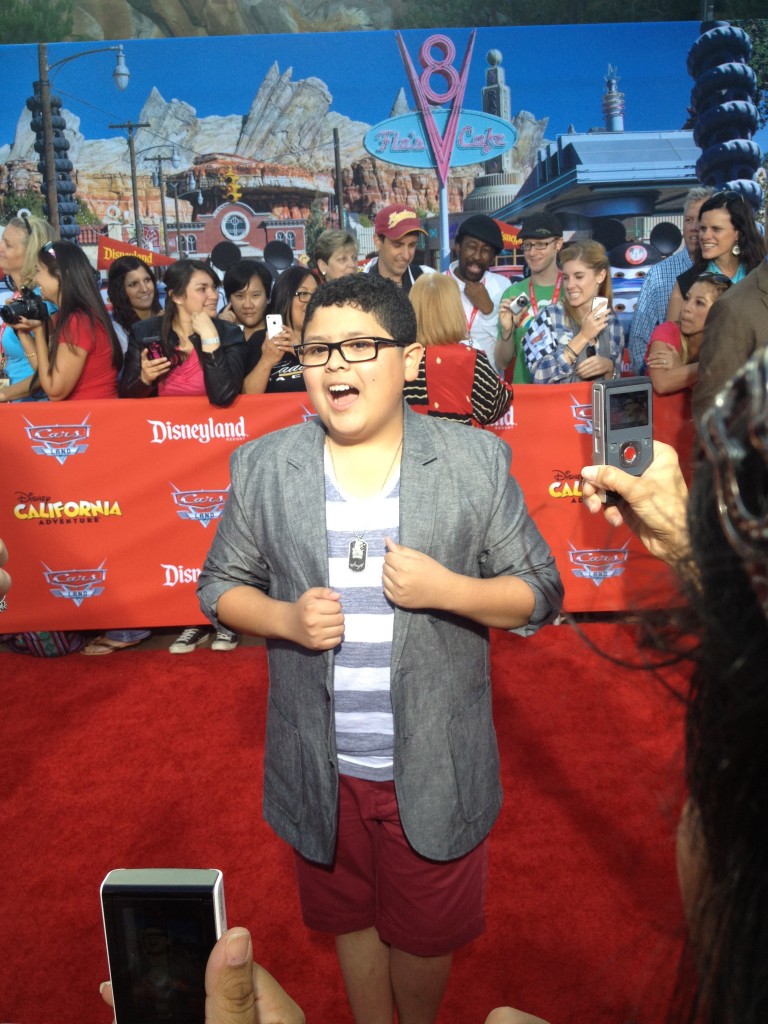 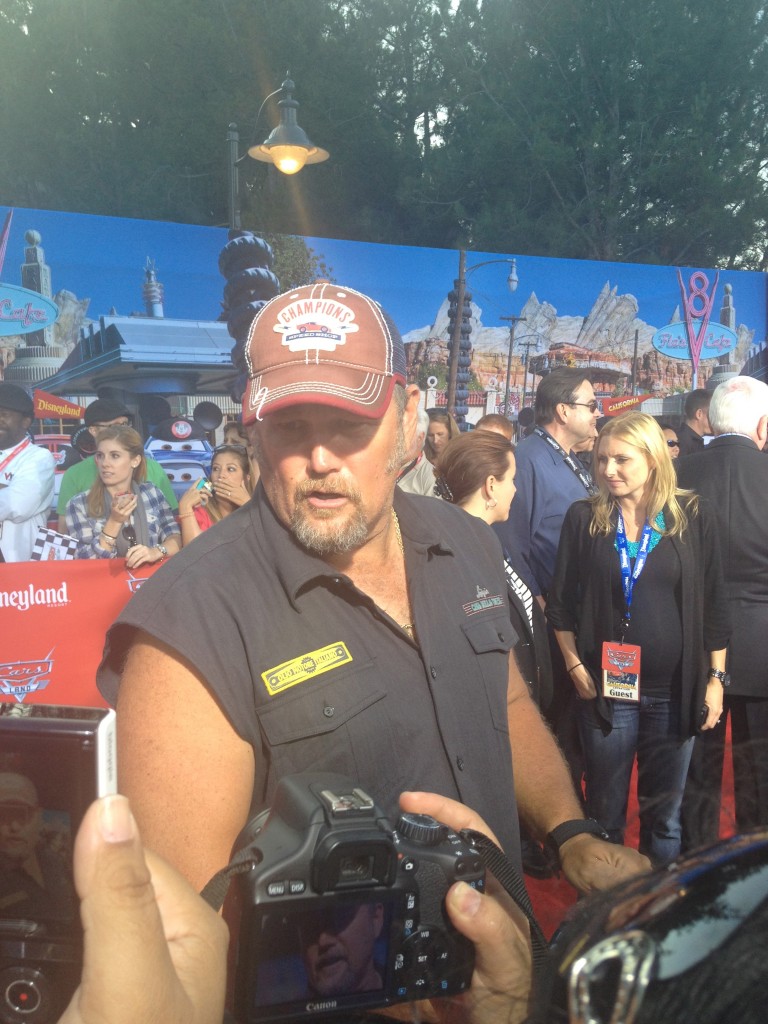 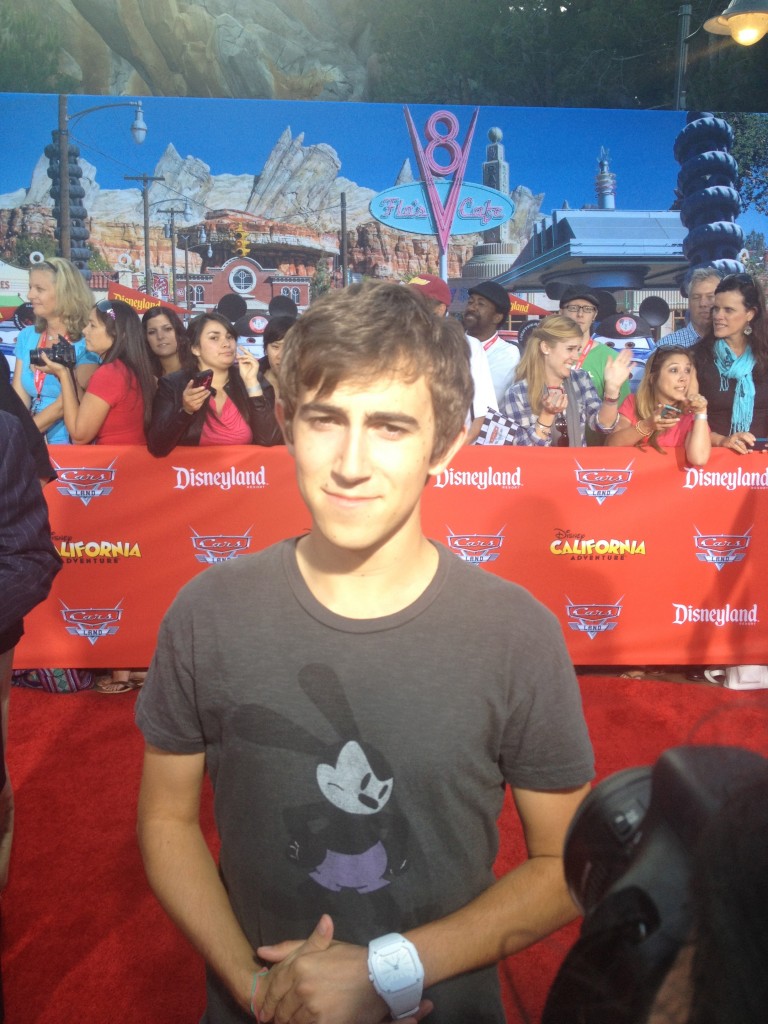 When I got home and showed my daughter the picture of Vincent Martella and said that’s the voice of Phineas & Ferb, my daughter said “Where’s Ferb?” 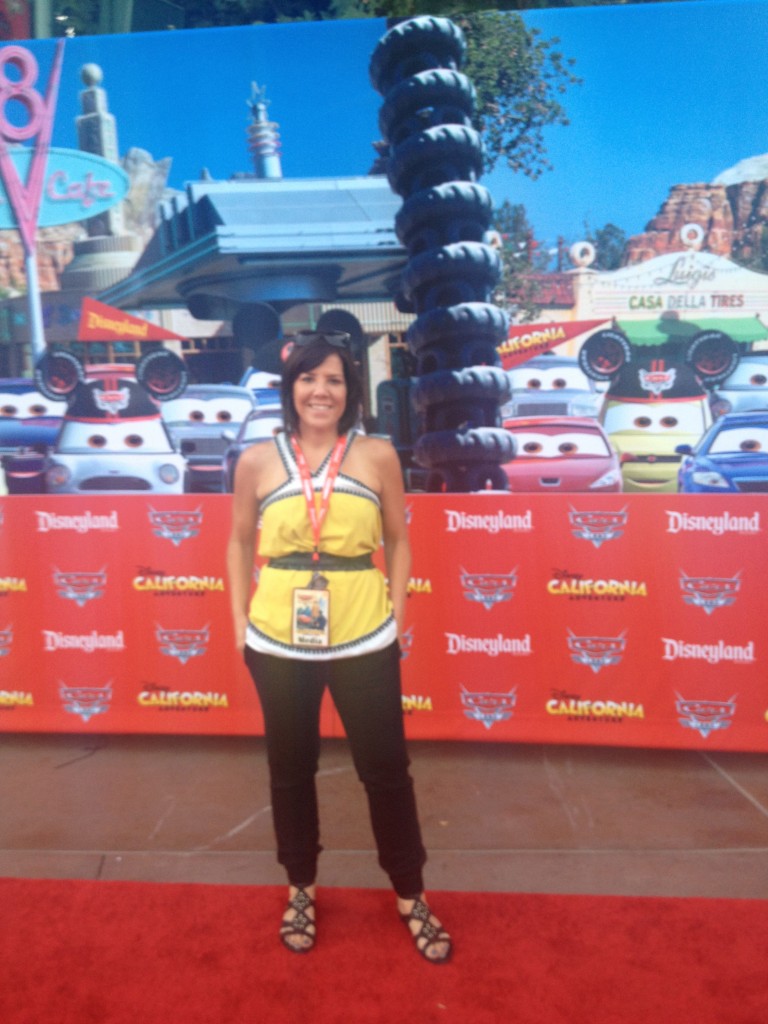 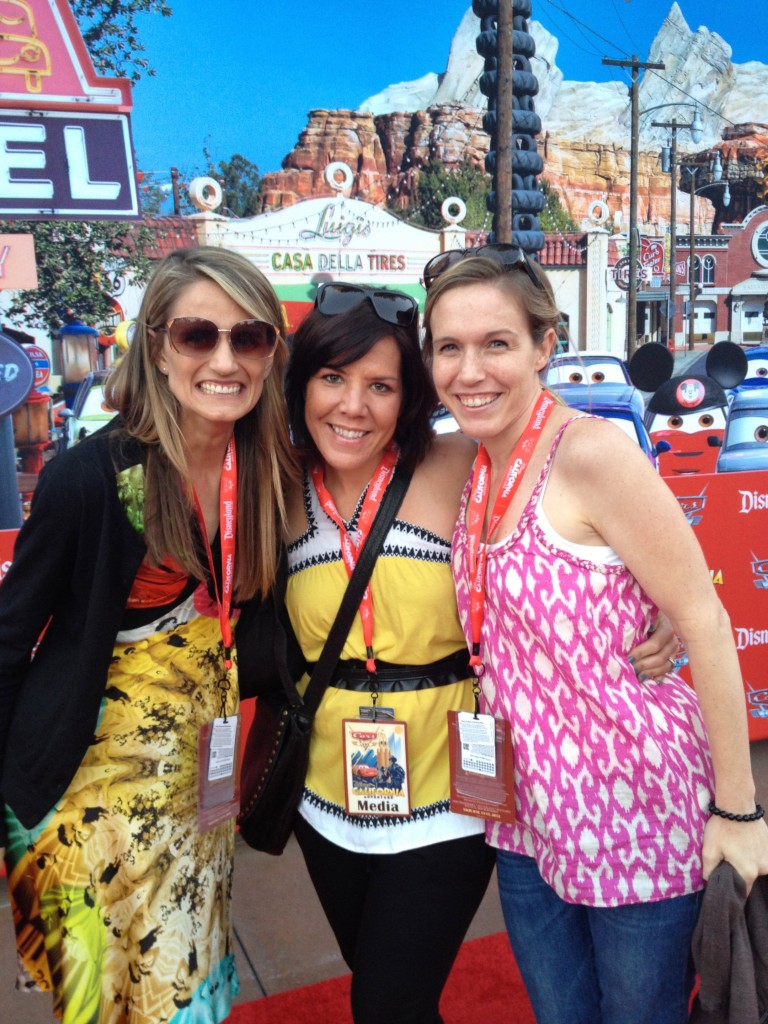 Why the grand opening of Cars Land brought me to tears