Alvin and the Chipmunks Squeakquel Tweetstakes!
TODAY ONLY! 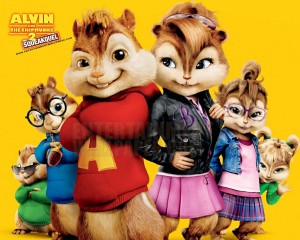 My kids and I were invited to the DVD Release Party at Fox Studios and we had a blast!  They were so excited to meet Alvin, Simon and Theodore!  We got hugs, high fives and took some pictures with all three!  They had a lot of activities for the kids;  Alvin Tattoos, Decorate your own Alvin T-shirt, Chipmunk Twister, Dancing with the Choreographer from the movie and a wonderful lunch was provided.

Check out my Whrrl Story too – some cute pictures of me, the kids and the Chipmunks!

*This Giveaway is open to US residents Only
**This giveaway ends March 30th 2010 at 11:59 pacific standard time