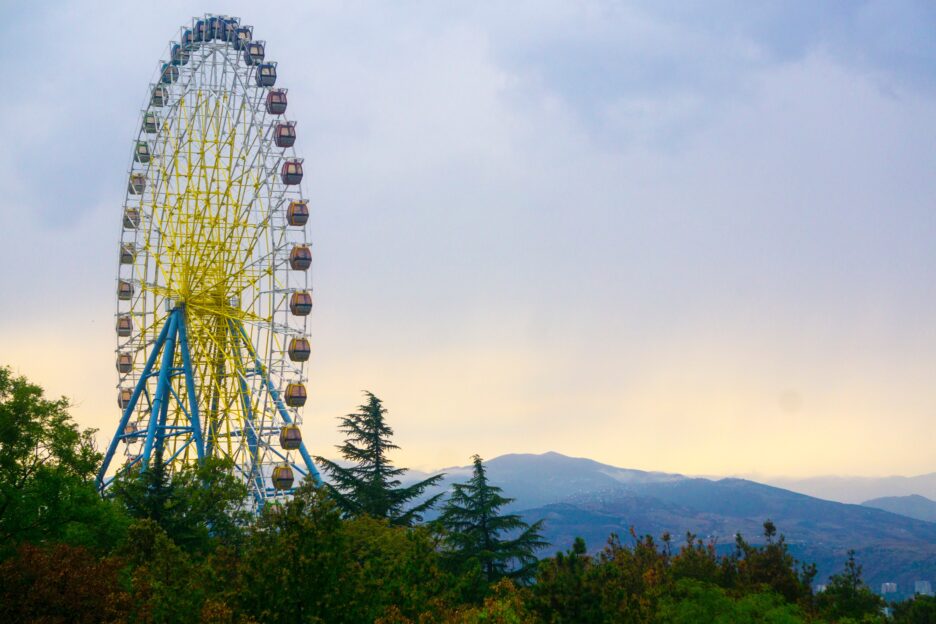 As parents, we obviously all want the best for our children — and that includes living somewhere that’s prosperous, pleasant, and safe.

While nowhere is perfect, there are some real perks to moving to the state of Georgia. Georgia has a productive economy, four distinct seasons, and abundant natural beauty. There’s no shortage of things to do and see, especially if you love nature — Georgia offers beaches, waterfalls, lakes, hiking trails, and more. And if you’re more the urban type, the cities are full of rich and exciting culture, from museums to fine dining. Not to mention the people of Georgia are famous for being friendly and kind.

Georgia is also one of the more affordable places you can live. The median home price is more than $100,000 cheaper than the national average, as are property taxes, and insurance (more on that in a moment). For those who must travel a lot for work, the Atlanta International is literally the busiest airport in the world, making it easier to travel nearly anywhere.

Of course, if you’re moving someplace, you also want to make sure your children have plenty of opportunity and safety. Georgia is home to renowned colleges and universities, such as Emory and the Georgia Institute of Technology, not to mention the public and private schools in places like Buford and Decatur. In fact, Emory University is also one of Georgia’s biggest employers!

For parents of teenagers, particularly those of driving age, you might be reassured to know that Georgia has some of the more comprehensive driving education and driving laws, including Joshua’s Law, which is unique to the state. It’s also more forgiving than some states when it comes to finding affordable car insurance in Georgia for teen drivers.

But which cities in Georgia are the best for raising a family? As always, that depends on exactly what you’re looking for. Job opportunities bring plenty of families to cities like Atlanta or Macon, but there are some cities you might not know about with their own discreet charm.

The city of Alpharetta is located near Downtown Atlanta, but manages to retain the feeling of a country town. The outdoors life in Alpharetta is one of its main draws, offering parks, hiking, biking, playgrounds, picnic areas, a community garden, and more. The schools (both public and private) are also highly rated as some of the best in the state.

Although Alpharetta is only a 30-minute train commute to Atlanta, that’s not to say there aren’t plenty of job opportunities in the city itself. Alpharetta is particularly friendly to those working in tech, and there are thousands of tech jobs in the city.

Alpharetta also has plenty of dining and entertainment options without the need to make the trip to Atlanta. The close-knit community feel of the city is reflected in the local eateries, small businesses, and outdoor shopping in the Avalon development.

If you really want to embrace a small-town vibe, consider Berkley Lake. The city only has a population of about 2,000 people, but its average income is nearly double the national average. Technically, Berkley Lake is a suburban area of Atlanta, but is in itself a quiet, rural location. While most of Berkley Lake’s population are retirees, there is still high-paying work to be found there in the areas of science, finance, insurance, and technology.

If you’re a history enthusiast, Decatur might be to your taste — Decatur Square is twenty years older than the city of Atlanta. The city has worked hard to preserve its historic charm from urban sprawl, maintaining its own unique personality. The heart of the city, Decatur Square, is where you can find art walks, festivals, bookshops, and local eateries. And, as mentioned above, Decatur has some of the highest-rated schools in the state.

Another high-earning city in relatively close proximity to Atlanta, Johns Creek is the thirteenth highest-earning city in the US, thanks to Atlanta’s growing reputation as “the Silicon Valley of the East.” Johns Creek is a particularly attractive option for raising a family — its schools are some of the best in the country (rating in the top 250 or higher), and the diverse population means kids will get to meet people of all different backgrounds. The school system in Johns Creek also takes ample advantage of the state’s natural beauty, offering up camps, athletic organizations, and extracurricular activities.

Finally, we come to Milton, a suburb of Atlanta that’s rated as one of Georgia’s safest cities and ranked by some publications as the #1 place to live in Georgia. Like most of the previous entries on this list, Milton offers great schools, beautiful outdoors, and an affordable housing market — and, like those same entries, Milton’s close proximity to Atlanta means it’s possible to work in Atlanta while enjoying the lower taxes and living costs of Milton. It’s also a haven for anyone who enjoys golfing, with no less than four local golf courses.

Cool Ways To Make Extra Money For Your Family

Want to Travel The World? Here’s How To Pay For it