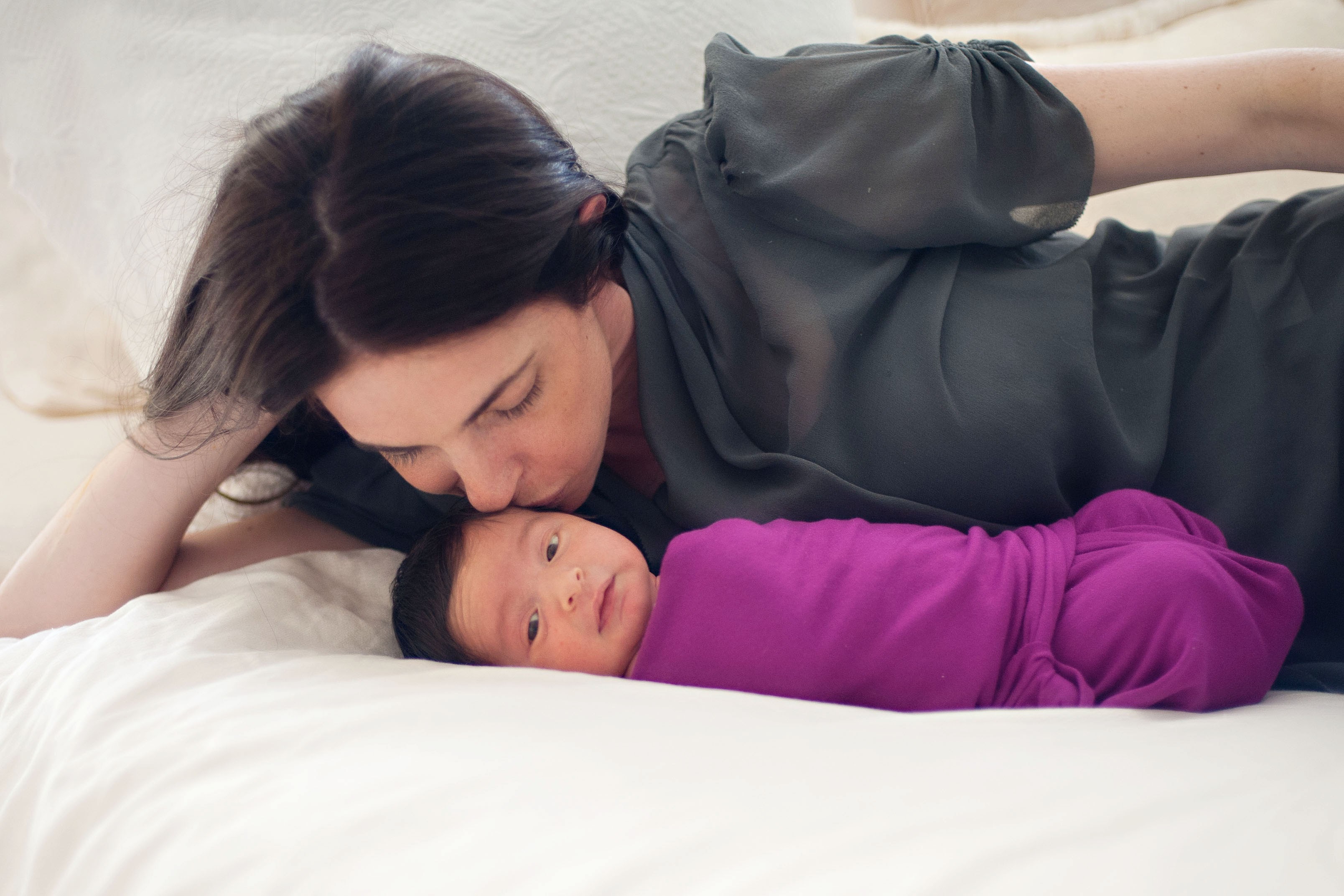 I’ll never forget our prenatal class when I was pregnant with my first child. My husband and I went together and one of the classes focused on breastfeeding. I listened to what it should and shouldn’t feel like, how it was easy for some and hard for others, and at the end of the class, I looked at my husband and I said to him, “No matter what happens, don’t let me give up!” I always knew that I wanted to breastfeed and hoped that I would be able to. I had some concerns that it would be difficult for me and I held my breath until my baby arrived to see what it would actually be like. 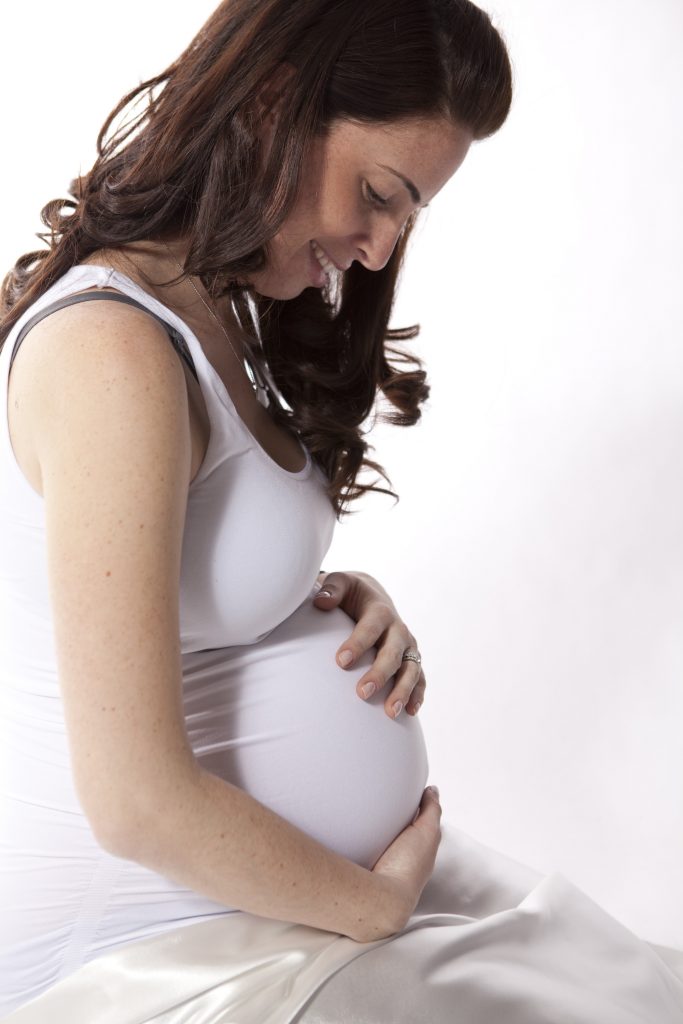 Just a few short months after our prenatal classes, my son Jonah was born. As soon as he was born, the nurse gave him to me and immediately “helped” me to begin breastfeeding him. At the time, everything seemed fine. He looked like he had latched, the nurse said he was fine and while I enjoyed holding my new baby, I felt so much pride as I watched him nurse.

Well, as every first night goes in the hospital, I nursed all night long with very little support. Morning came, and my mom came to visit me and the baby. When it was time to feed him again, I just began to cry. Something didn’t feel right. I was in pain every time he latched and I just couldn’t put him on again. I felt completely deflated. Jonah wasn’t even 24-hours-old and I was failing. I was in pain, but all I could think about was the fact that he was less than a day old and I was already asking for a bottle, for a break.

At 10 a.m., I walked over to the nursing class that the hospital held each morning. I voiced my concerns about the difficulty and the pain and with one quick look, the lactation consultant sent me back to my room and said she would come see me for a one-on-one session. When she arrived, she told me that Jonah had been latching incorrectly since birth and as a result, I was left with an abrasion, which was extremely painful and getting worse by the minute. That was the moment that I was introduced to a nipple shield. At the time, I was so grateful. The shield did exactly that. It shielded me from direct contact making breastfeeding less painful for me and more successful for him. I felt at ease. 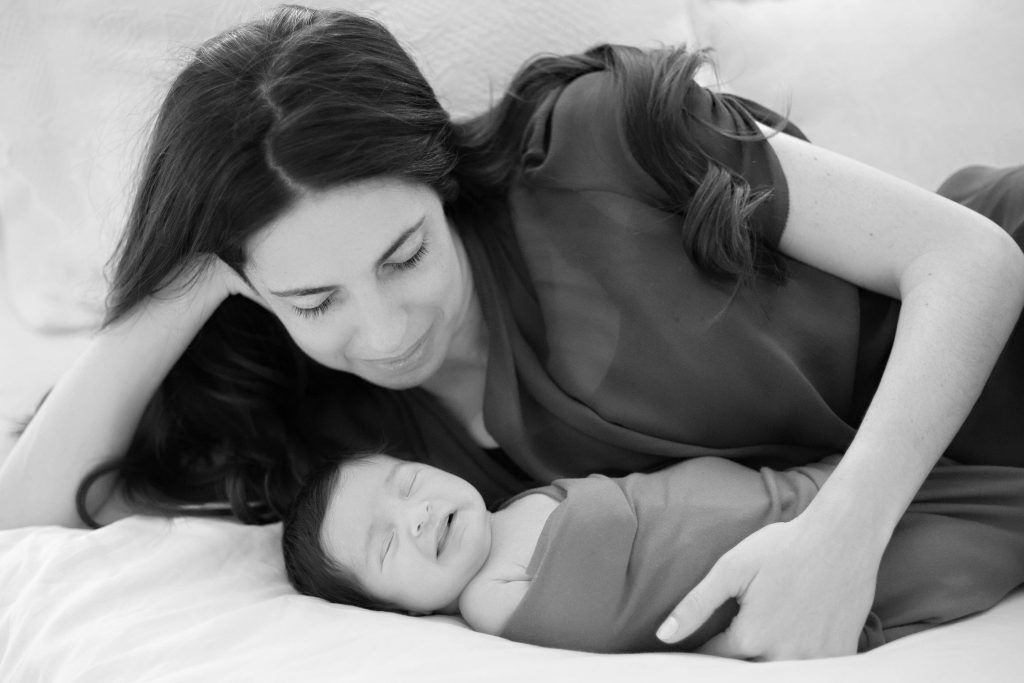 A day later, I was discharged from the hospital feeling great! Jonah was feeding every 3-4 hours, he was wetting his diapers and everything seemed good. Two days later, when I went to his paediatrician, I learned that he wasn’t gaining weight. That was when the countless trips to the doctor for weigh-ins began and the trips back and forth to the hospital to the lactation consultants to continue working on my breastfeeding. I thought back to my prenatal classes remembering that she said it might be hard and that there might be some pain, but I didn’t think it would be this hard.

As the weeks went on, he was gaining little by little, and each time we went for a weigh-in or to the consultants, I felt more and more let down. I felt like I wasn’t succeeding at the most important job in the world. I began topping him up at the end of each feed and pumping while he was being topped up for the next feed. It was exhausting! All the while, I was still using the nipple shield. I had tried to take him off of it a few times, but he just couldn’t latch without it. I had to take it with me every time I left the house, and I had to sterilize it before each use! I was breastfeeding, but I had to treat myself like a human bottle, but it was “working,” so I kept on going.

By the time Jonah was 2-months-old, I was more than ready to give up. I had thought about asking for help, but I kept hearing that breastfeeding was natural and that there wasn’t a wrong way to do it. I kept hearing that I would figure it out and it was ok if it hurt a little. I felt like I was being shamed, so I just kept going as I had since day one. Every time I nursed him, my toes would curl from the pain. Just as I was ready to throw in the towel, my own voice came at me from my husband reminding me that I had told him not to let me give up and he suggested I call the lactation consultant that had spoken with us all those months before. He was right. I had had enough of people telling me it was natural and that this is what it was supposed to be like. So I picked up the phone and asked her to come over to help.

Within a few short minutes of the lactation consultant arriving to my house, she had taken to nipple shield and told me that I was never to use it again! She was in my home for less than 30 minutes and told me that I was holding him the wrong way while nursing, which was making it difficult for him to latch. She also shared with me, that the nipple shield was making Jonah a lazy nurser. He didn’t need to latch correctly because the shield was making it easy for him. Once she showed me how to get him to latch correctly, I could immediately feel a difference. There was no toe curling, no wincing, just nursing.

I was finally able to look at him while I nursed instead of closing my eyes in pain with each latch. She had changed my life and his in that moment and then supported me if I slipped into old habits over the next few weeks. She made me feel successful and changed my entire nursing experience. For that, I am eternally grateful. I continued to nurse Jonah for an additional 16 months after that and only stopped because I no longer had enough milk for him… he was a hungry growing boy and I was sad when it ended, but grateful for everyday I nursed him.

When I had my daughter, I made sure to prepare myself for what nursing would be like with her. I had always wished that I prepared myself better before Jonah was born, so this time around I read the Honest Feeding Page to learn more about feeding options. I told myself that I would call for help right away if I needed it. The first thing I said when I went into labor was that I wanted to do skin-to-skin with my baby right after birth, but that I would nurse her later to ensure I was in the right environment with the right people there to ensure her first latch was correct. That was the best decision I ever made and I believe made a huge difference. I was able to breastfeed her right from the beginning and did so until she was 18 months old, as well.

I exclusively breastfed both of my kids and wouldn’t change it for the world, other than eliminating those first few months of pain! My advice to new moms would be to trust your instincts and don’t let others put you down. I wish that I had trusted my mom-gut that wanted to ask for help earlier than I did, because in the end, your mom instincts are always right!