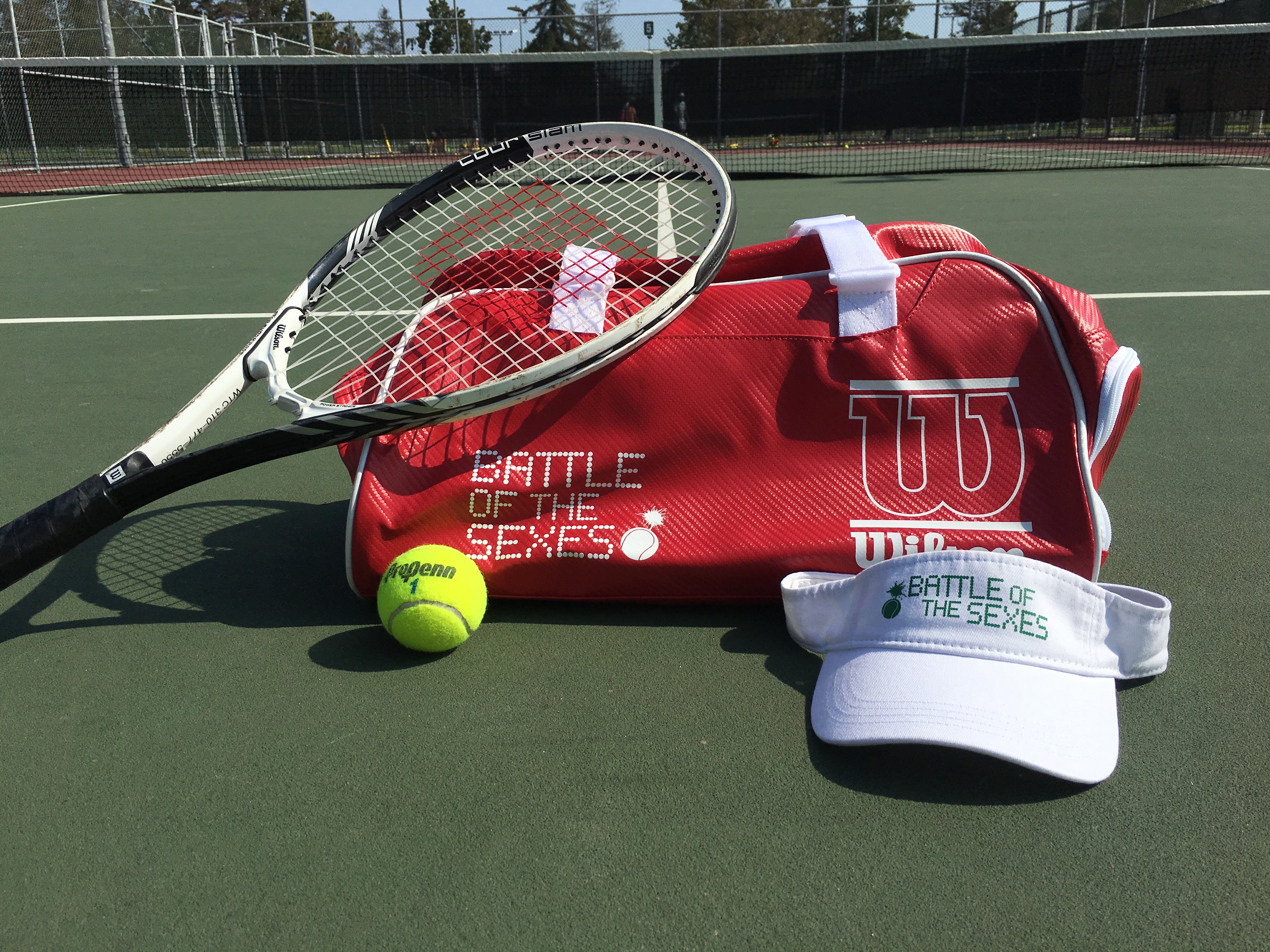 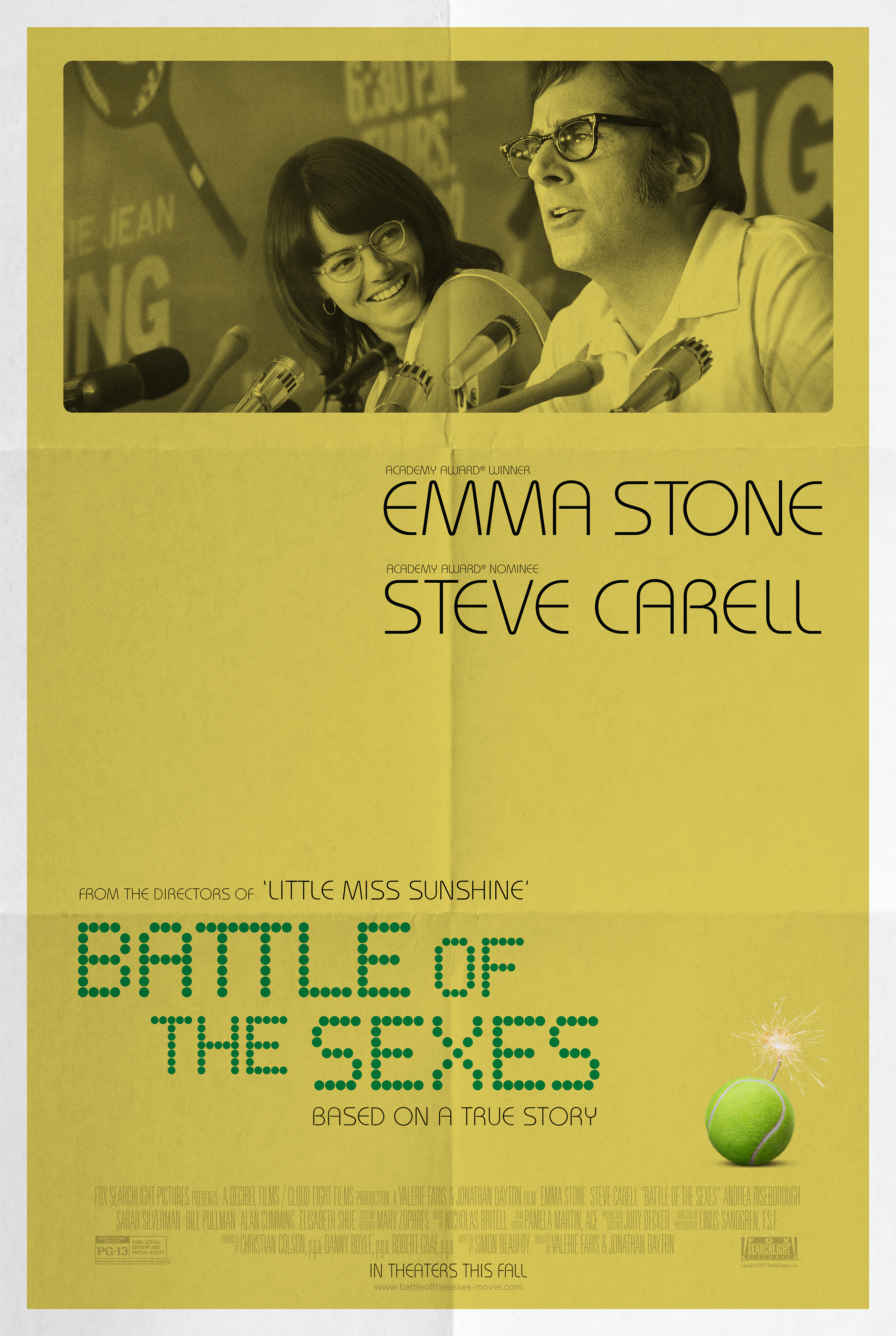 This past weekend, we flew to the LA premier of Battle of the Sexes. The biopic features the life of Billie Jean King and the original 9 who changed the way women are seen in sports, specifically tennis. Battle of the Sexes takes place in the 1970s, making it a film based on a reality so many of us watched in real time. 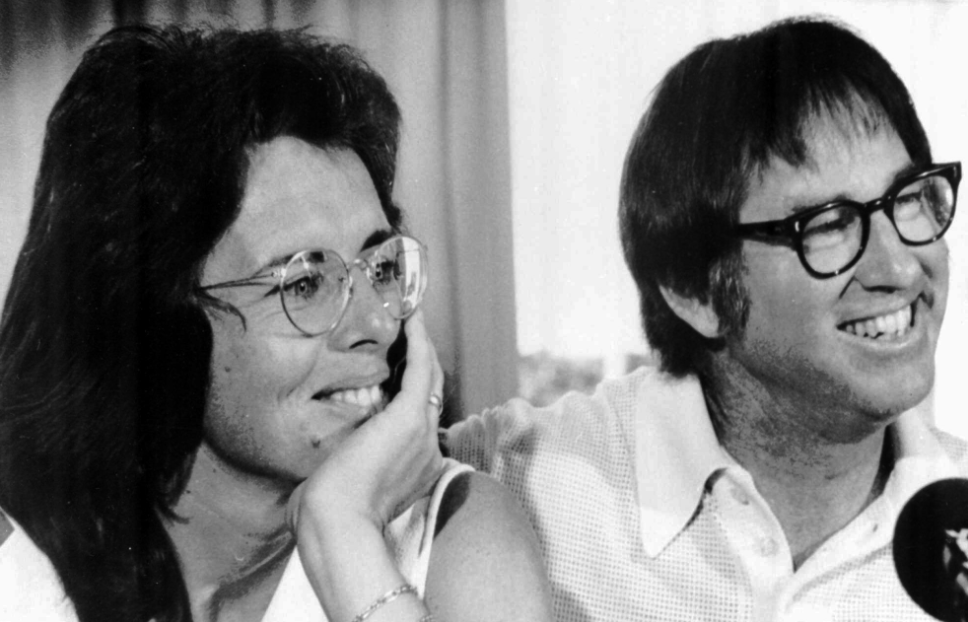 The story behind Battle of the Sexes

Seeing this film and listening to the cast and Billie Jean King speak, left a lasting impression on me. Why is it that after all this time, women are still not seen as equals to men? In the 1970s, not only was Billie Jean a woman in sports, but also a woman struggling with her sexuality. That made her twice as vulnerable as a man trying to accomplish the same things as her. When faced with adversity, the remarkable Billie Jean looked men directly in the eye and said: No, I will not been seen as a lesser person because I am a woman. She leveraged herself and 8 other women to make a change for herself and all women in sports. 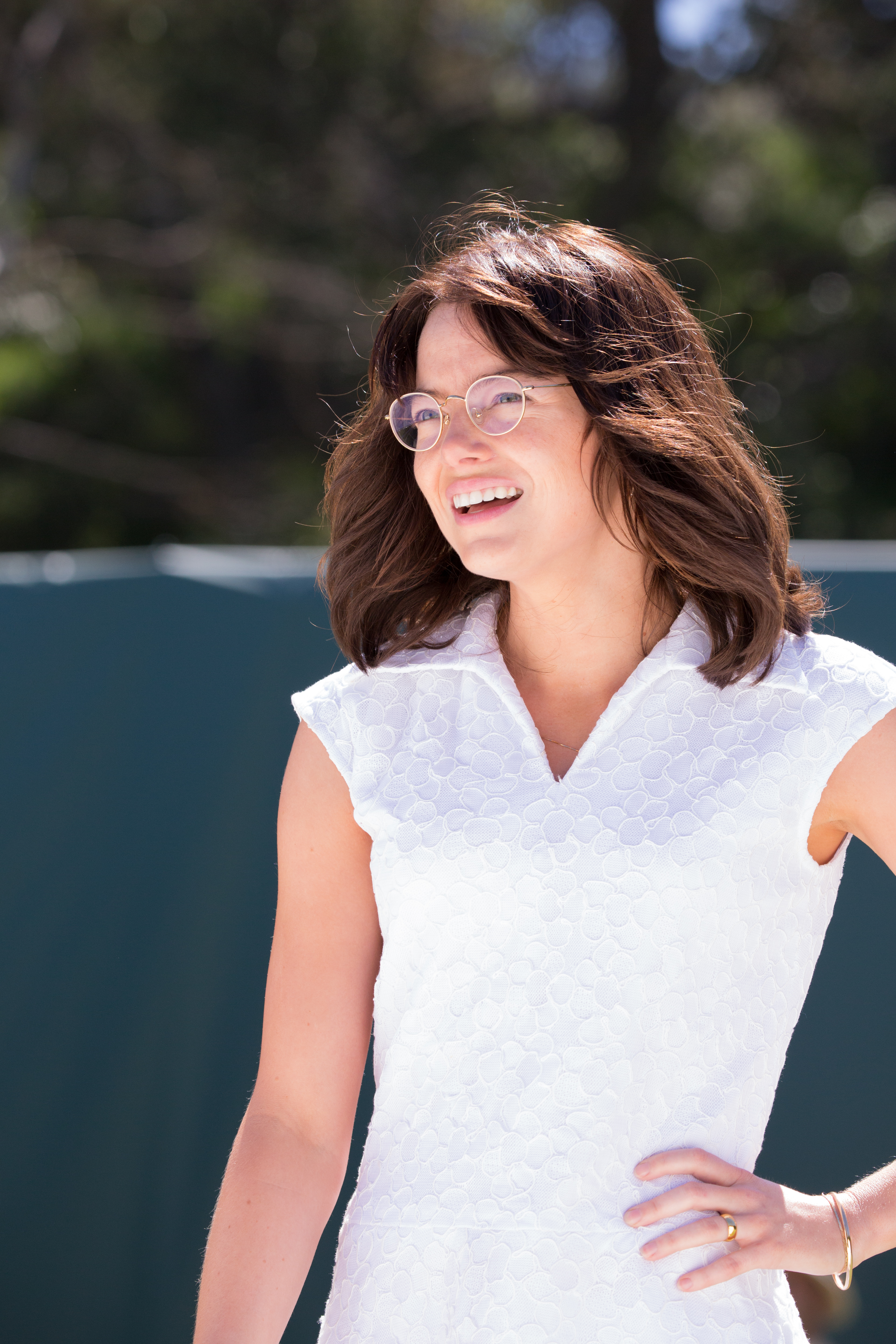 Emma Stone will take your breath away

Emma Stone plays Billie Jean King in this incredible film. When in a tennis clinic with Vince Spadea, the film’s tennis consultant, we learned Emma was not an avid tennis player. In fact, she said during the press junket she had never played tennis and wasn’t good at all.

We spent 2 hours with Vince, running drills and learning a few tips on how to improve our tennis game this past weekend. Emma Stone trained with Vince for 3 months and spent numerous hours on the court with Billie Jean King herself learning both the skills she needed to play tennis as well as the choreography to look the part. When watching the film, you will find it hard to believe that a mere 3 months before the film, Emma Stone was not an avid tennis player. During the press junket, she said “If this was the Billie Jean tennis movie, I never would have gotten the part!”

Emma’s remarkable depiction of Billie Jean King brought us to tears. In the final scene, she shows indescribable, raw emotion. Billie Jean King was asked if she had an opportunity to discuss how she felt in that moment in real life, and she didn’t. Emma wanted to ensure she did King justice but that it wasn’t an impersonation. After sharing that she and Emma did not discuss the emotion she was feeling in that moment in her life, she responded to Emma’s acting in the final scene. “It was so touching when I saw it. It was so authentic of what was in my heart at the time,” We loved that true testament to how incredible Emma Stone is in this role. 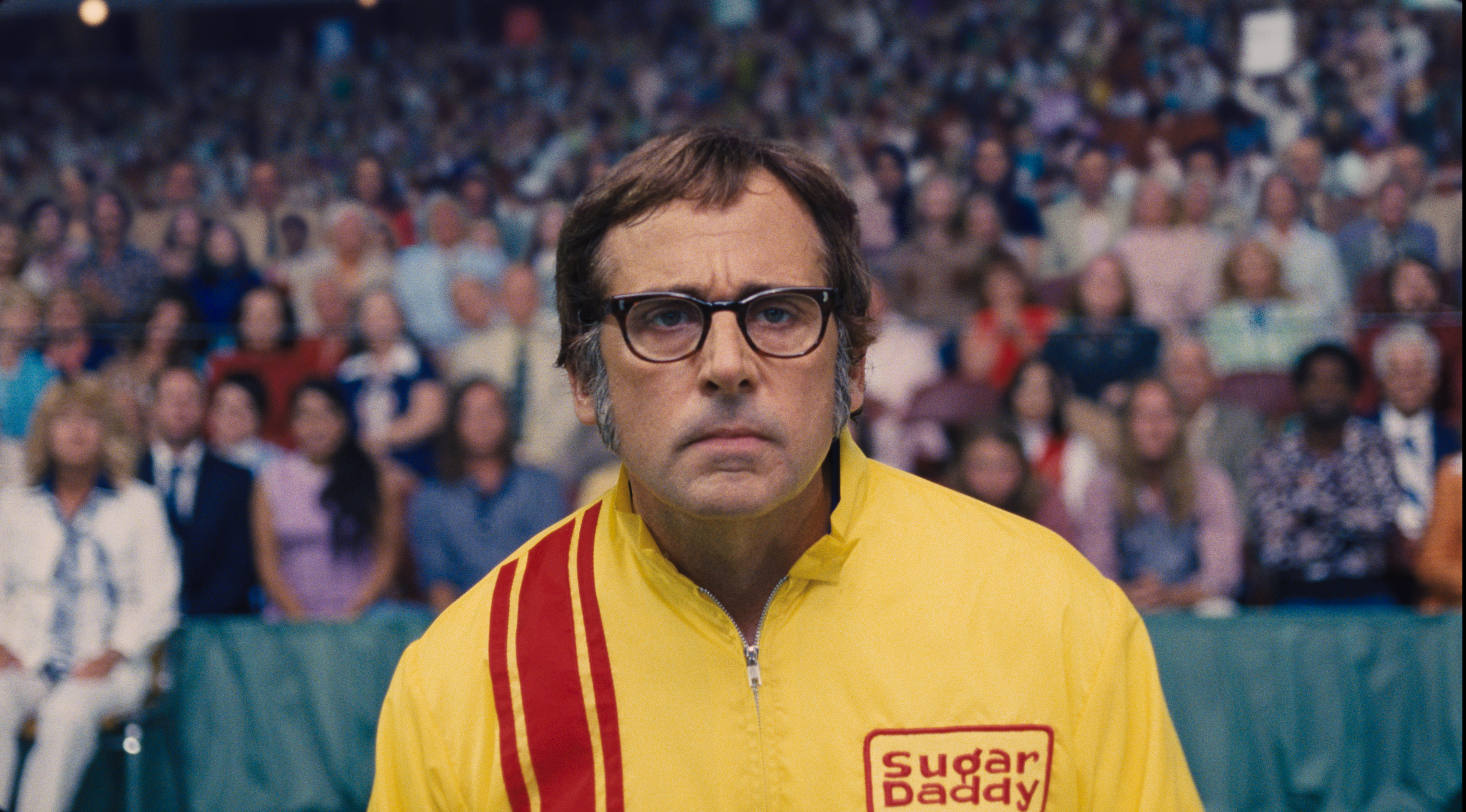 Bobby Riggs: The man behind the battle

Steve Carell plays Bobby Riggs, a former male tennis champ who challenges Billie Jean King to a tennis match for the number 1 title. He does an amazing job of sharing a side of Bobby Riggs no one really knew. He digs behind the bravado of Riggs’ public persona and shares with the audience the inner struggles with gambling, his marriage and his relationship with his children. Through it all, Carell makes you feel for Bobby and all that he is going through during this time in his life. 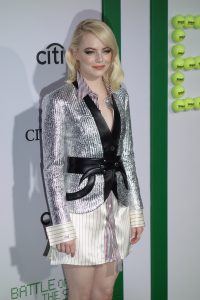 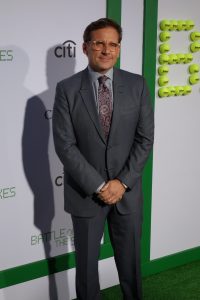 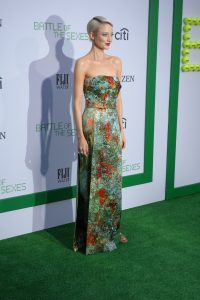 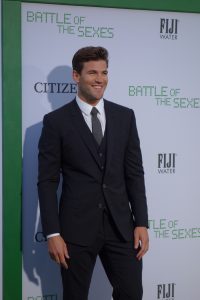 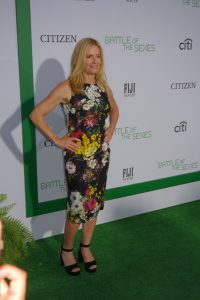 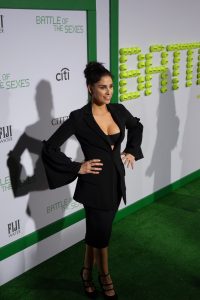 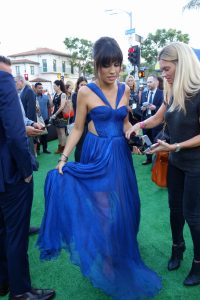 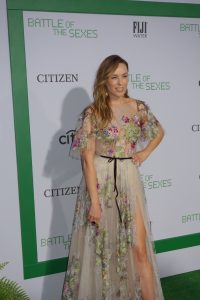 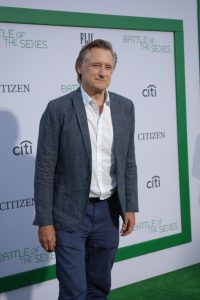 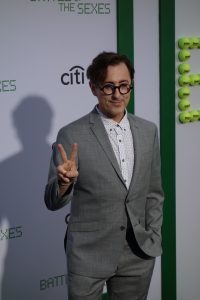 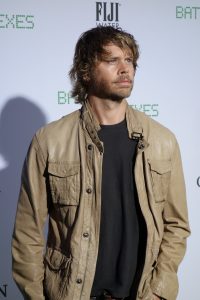 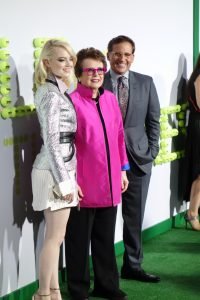 The rest of the cast impresses. Austin Stowell depicts the loving husband of Billie Jean King. Elisabeth Shue plays the wife of Bobby Riggs. Riggs’ wife asserts her financial power over him, while loving him despite difficult times in his life. Andrea Riseborough exceptionally plays Billie Jean King’s first girlfriend. Jessica McNamee and Bill Pullman shine as well. Both would be considered the villains in the story, however you don’t feel that way at the end of the film. You simply experience an incredible feeling of empowerment. 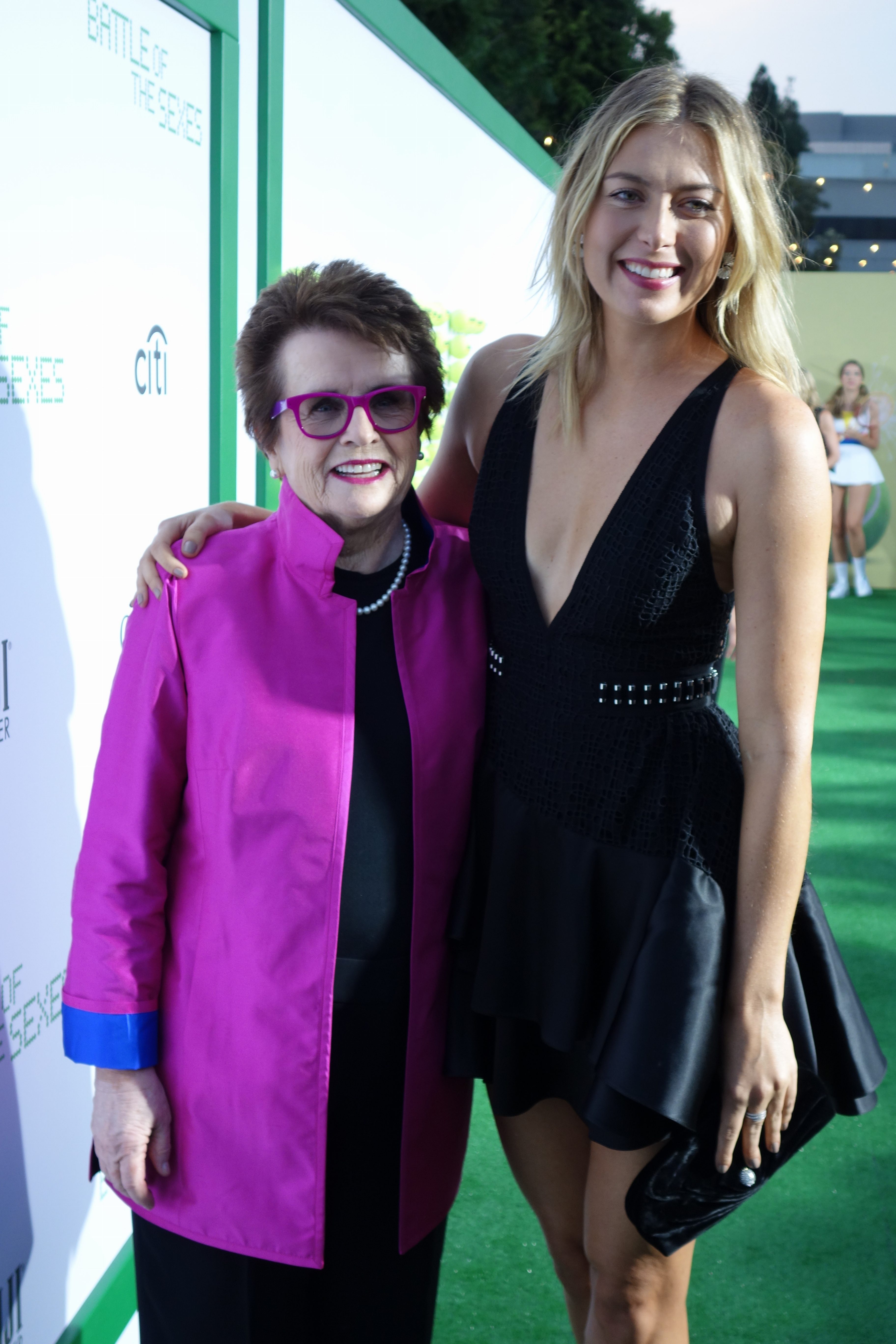 A fight to continue fighting

While we have come so far over the years, we still need to go further. Even in Hollywood, male actors get paid more than female actors. Andrea Riseborough addressed how men with smaller roles are paid what she makes for a bigger role. When discussing how this needs to change, she mentioned she runs an all-female film company. “Not because I only want to employ women for the rest of her life, but to provide more opportunities to younger women…(while we address the balance).”

While we continue to move forward towards 100% equality, 21st Century Fox will be donating .79 cents to the Women’s Sports Foundation, the organization Billie Jean King founded, for every ticket sold opening weekend. Why .79 cents? Because that is the number, on average, that women earn for every dollar mean earn. Head to a theatre near you to see Battle of the Sexes when it open Friday, September 22!

Some of the casts’ first impressions of the film:

Austin Stowell: “I was water works, absolutely in tears…it was so palpable”
Natalie Morales: “I bawled my eyes out”
Jessica McNamee: “I found it really easy to remove myself.”
Alan Cummings: “I thought it was fascinating because it looked like a film that was shot in the 70s, not like a theory piece”
Andrea Riseborough: “I found myself with tears dripping off my chin. That was incredibly moving, and I’m proud to be a part of it”