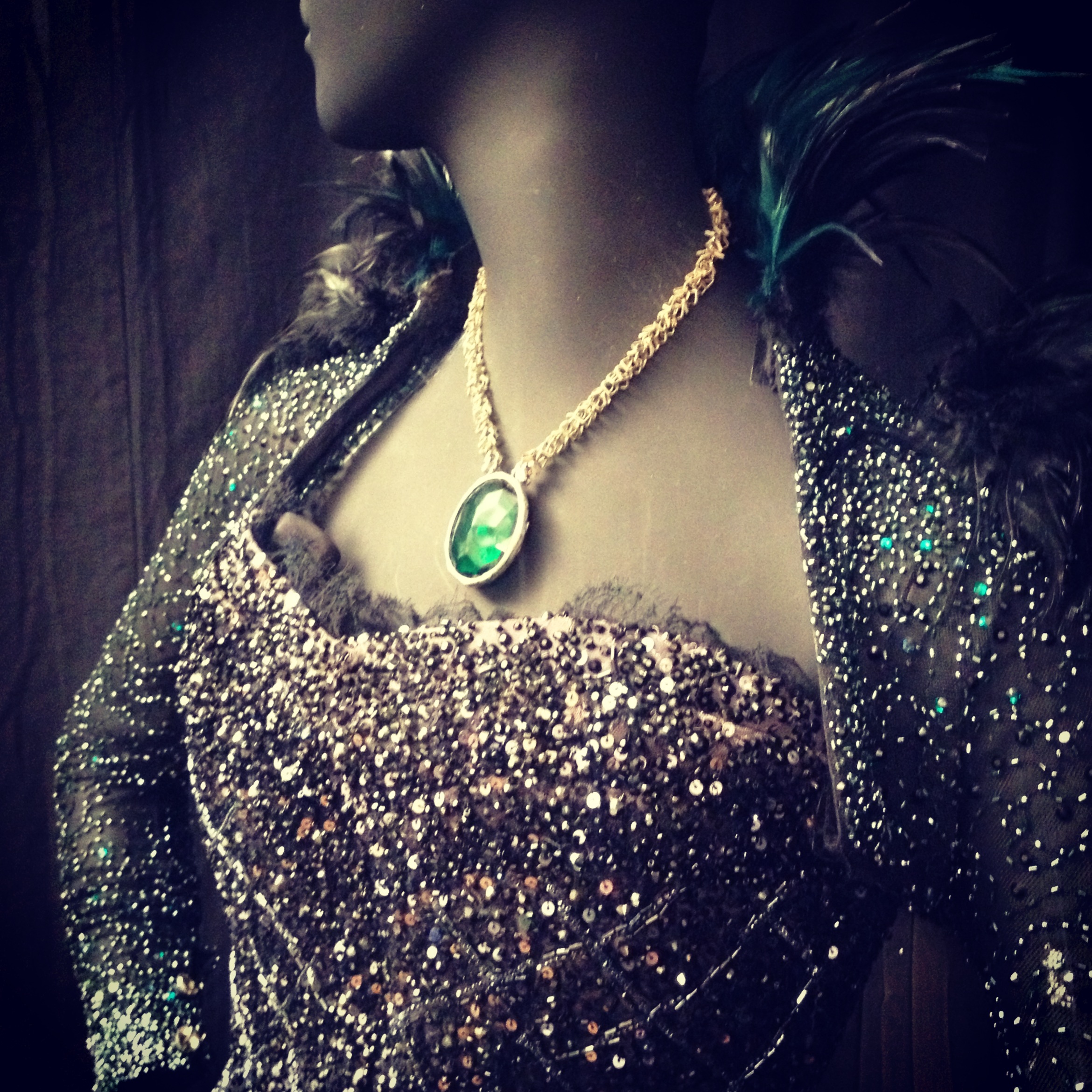 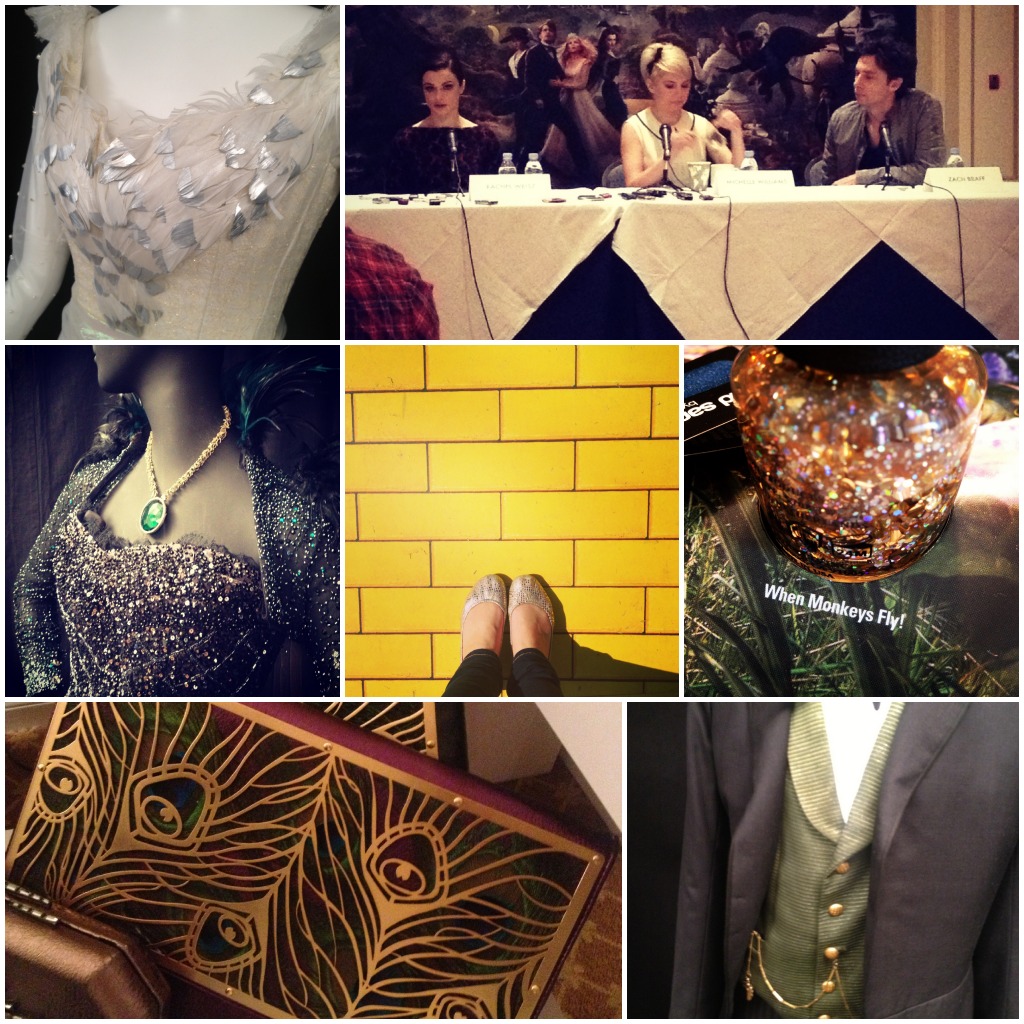 Two weeks ago I was able to attend a screening and the press junket for the new Disney movie, OZ The Great and Powerful.  I was actually beyond excited to see this movie.  I normally don’t get excited about films, but it’s one of the greatest movies of all time!  Not to mention, the ruby red slippers are just about the most famous shoes on the planet!  I have very fond childhood memories of watching The Wizard of OZ when I was little and now as a Mom I’ve watched my daughter enjoy the movie as well.   She was addicted to it for about a year and sang would stand up and sing “Somewhere over the Rainbow” every time it came on. 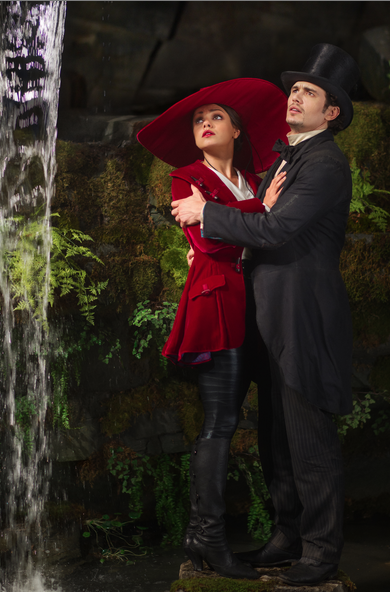 The Costumes for OZ the Great and Powerful

I cannot discuss the movie just yet, but I can tell you the costumes were incredible! In fact, my jaw dropped the moment I saw Mila Kunis, who plays Theodora come onto the screen.  Her red jacket and leather pants were insane.  Her make-up, hair and skin were also flawless, she was so stunning.   I am pretty sure I want to wear this costume for Halloween this year. In fact, all of the witches are sure to be a hit with little girls and you can purchase Glinda’s costumes not just for little girls and they even have it in adult sizes online at the Disney Store. 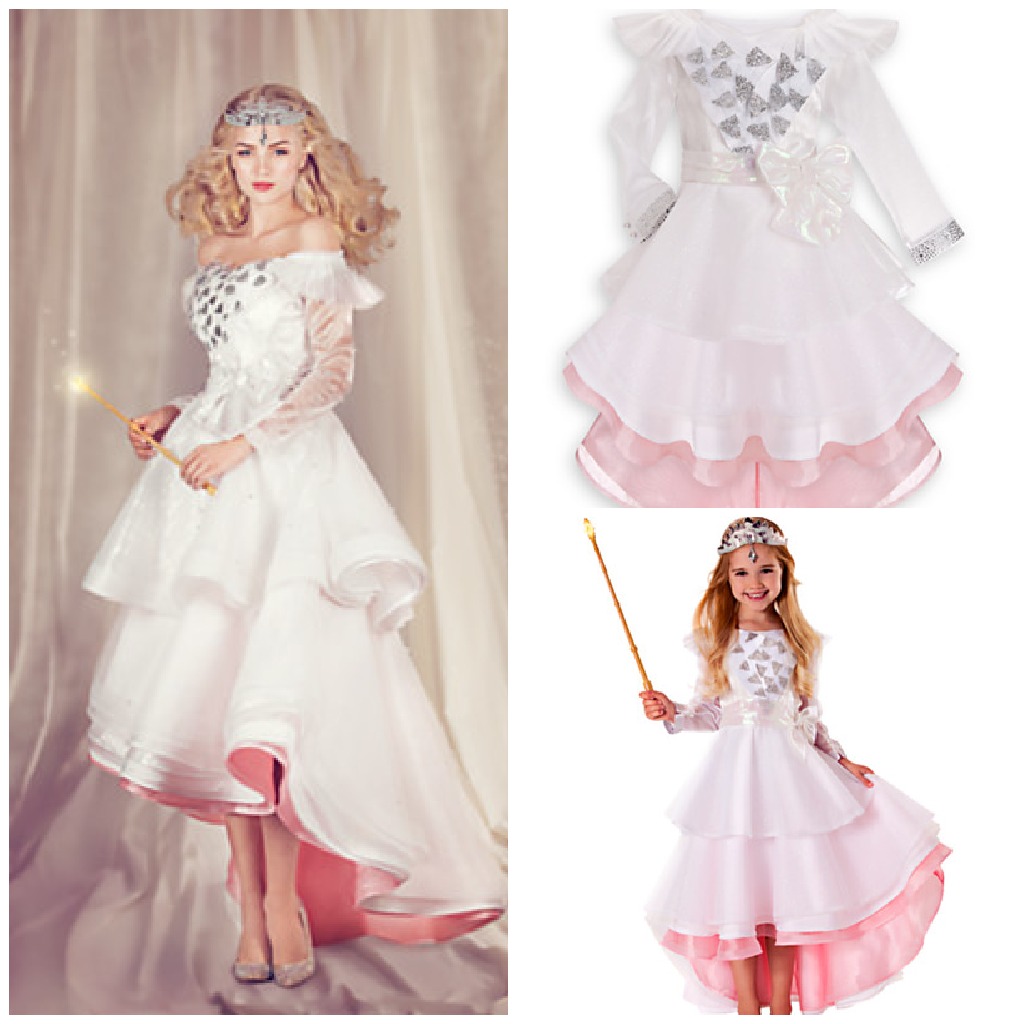 “I wear a green dress pretty much all the time.  It’s very glittery with lots of feathers and slightly militaristic, because I am sort of the military leader of the Emerald City, as well.”  Rachel Weisz

Played by Mila Kunis looks like a knockout in red throughout the movie.  When we first meet Theodora she is in the Victorian style riding outfit.

“It’s a fantasy world while still being a period piece in a way, so I looked around the 1900 when they had some pretty crazy hats”  said designer Micheal Kutche.

“Her riding costume is beautifully structured with a hint of contemporary pizazz. A big handsome velvet riding hat, a red coat, black riding breeches and a white bluse. This costume is a little more sporty than the other two witches”  said costume designer Micheal Jones

Played by Michelle Williams is the good witch and she literally radiates warmth right of the screen.  Her white costumes are gorgeous and have an angelic glow to them.  Michelle Williams liked the transitions the Glinda’s costuming took during the movie.

“When we first meet Glinda, shes more demure, cloaked with very delicate fabrics then later in the film she suits up in something that is tougher, like a fairy armor princess.”  Michelle Williams

*Costume designers Gary Jones and Micheal Kutsche and their team took on this ambitious project that clothed 1500 actors over a 23 week period. For the principal actors alone Oz, Glinda, Theodora and Evanora they created over 200 pieces. 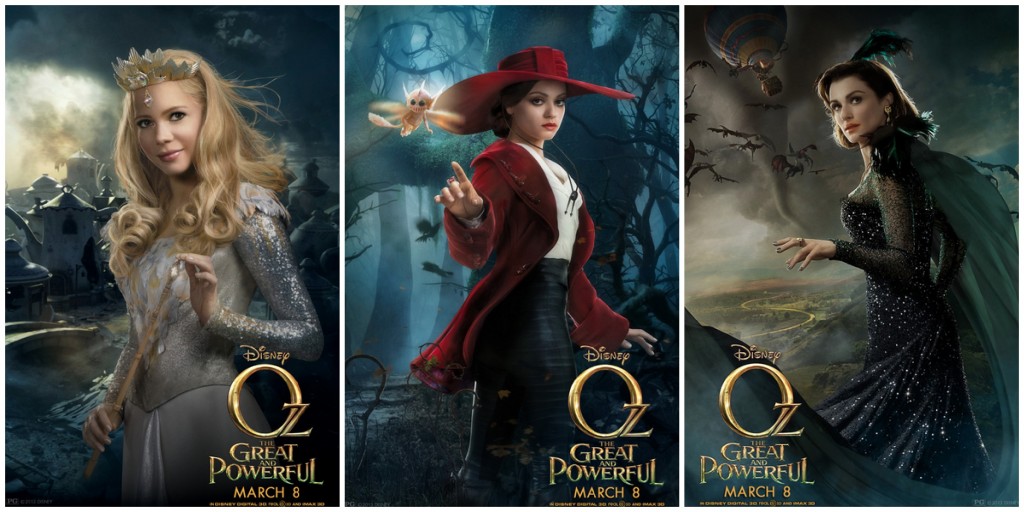 Is Oz The Great and Powerful too scary for kids?

Glam House launch party, trend spotting and what I wore…

The best and worst dresses at the Golden Globes