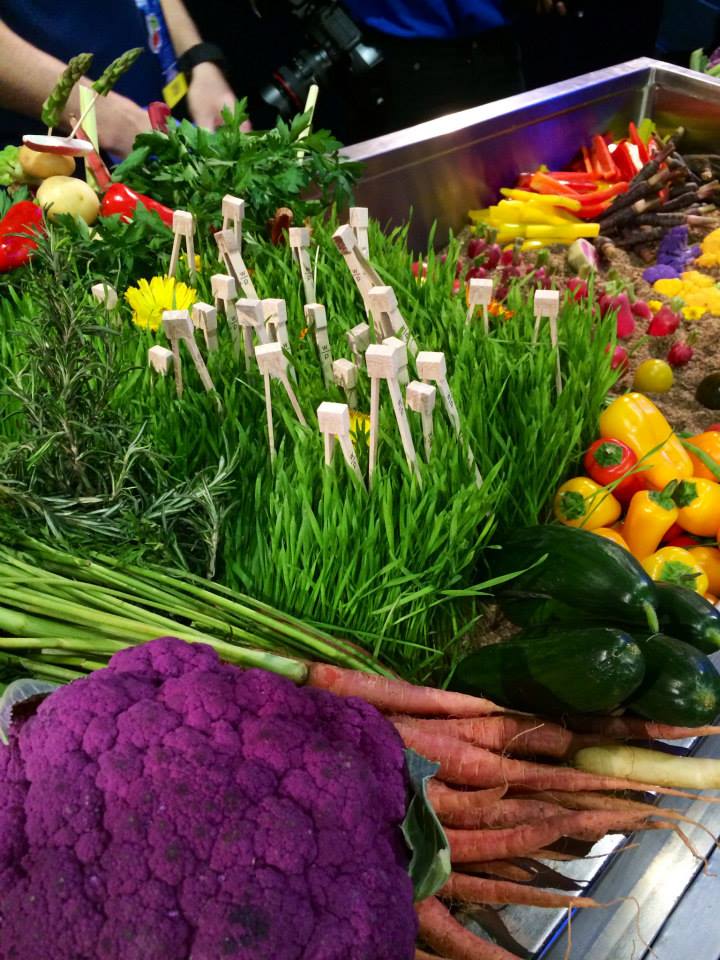 Imagine your child’s face upon walking into Restaurant Stadium. You are at the All-Star Chef Classic and it’s brightly lit. Just as it sounds, it closely resembles something grand out of the television cooking competition, Iron Chef. It’s big, it’s impressive and kids are about to dominate. Our mini-chefs in training are handed aprons, a chef’s hat, and given a spot on stage to learn to bake — wait for it: fōnuts! 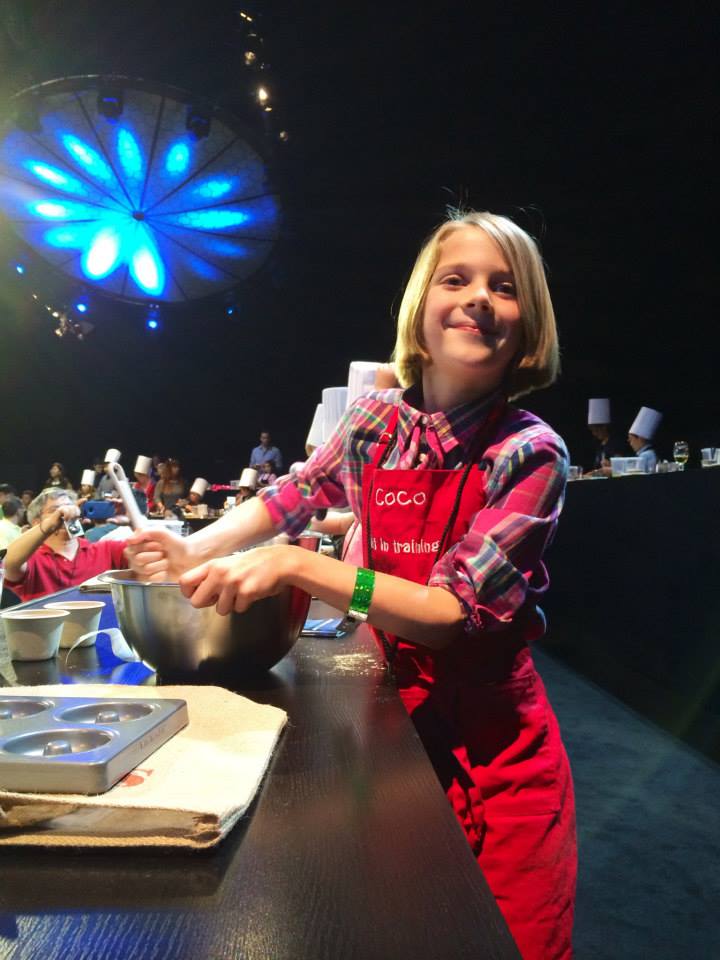 Not only will you be immediately considered “Rock Star of the Year” in their eyes for bringing you to this event, but you are about to hand over your wee baker to chef Waylynn Lucas (founder of fōnuts) who is just as rad with super cool tattoos, wears Chuck Taylors and is about to rock your lil’ chef’s world.

Question: What is a fōnut?

It was nice to look around and see other familiar faces taking fōnuts baking lessons with their kids. Los Angeles Galaxy captain, Robbie Keane and son were on our baking team, as was Misha Collins from “Supernatural” with his children, and the wonderful, Ludo Lefebvre (Trois Mec) with his beautiful family. 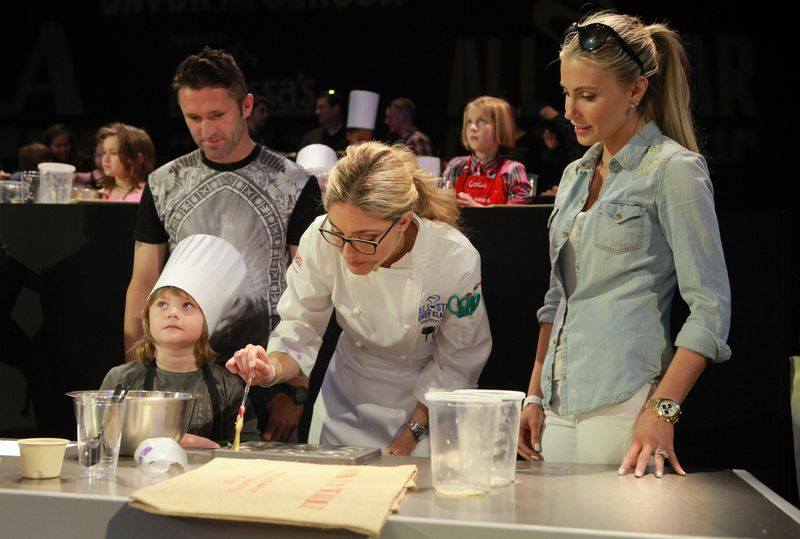 Used with permission from Getty Images on behalf of ASCC

It was a dream come true for some parents in the room when world-famous French pastry chef, Florian Bellanger came by to lend the kids a hand. And Sur la Table was kind enough to hook our little champs up by providing them with all the baking gear they could possibly need to make all the fōnuts goodness themselves at home (SCORE!)

In between breaks, there were vegetable garden stations, smoothie stations, face painting and balloon artistry unlike anything you’ve ever seen before. Oh, and even a whipped cream eating contest which my foodie proudly came in 2nd. 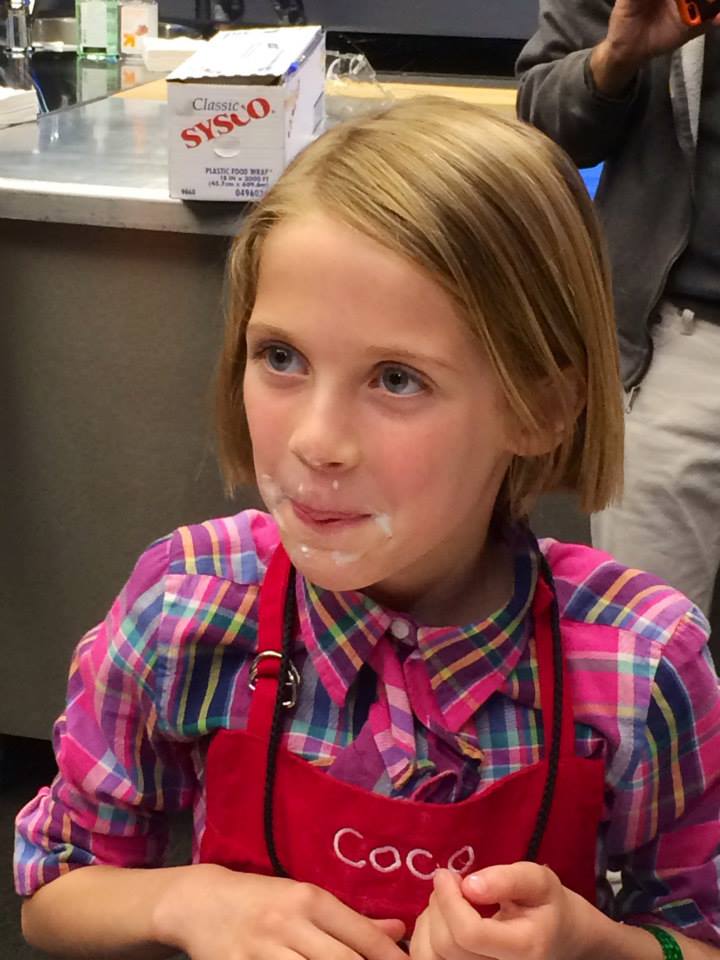 Outside the doors of the stadium was just as exciting with a pop-up Farmer’s Market Celebration from our favorite chefs waiting to bring smiles to the faces of 600 guests. The food was fantastic. I was most excited to try Wylie Dufresne‘s Edamame Gazpacho and it was delicious. I wish I could’ve eaten a bowl, or six… 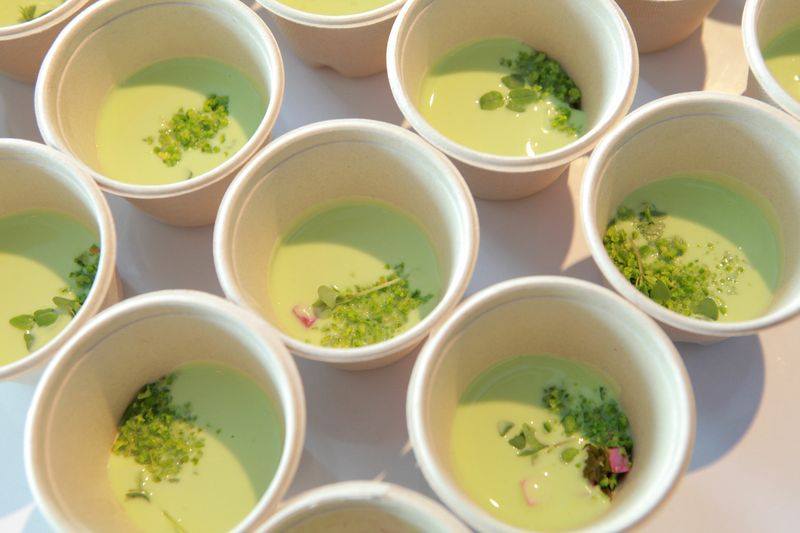 Tot really loved David Myers dish, Tuna with Sesame Tofu which was cooked perfectly, and my husband went back for seconds, and thirds… of Ben Ford‘s Sea Bass Crudo.

A true highlight of the afternoon was introducing my daughter to chef Graham Elliot. She is a loyal fan of Gordon Ramsay’s Master Chef and Master Chef Junior so this was a BIG deal because Graham is a favorite of hers on the show. He told us that they just signed on for season 3 and 4 of Master Chef Junior, and that they were about to begin filming — so hopefully, it will be back on air before we know it! I may have given him the mom-stink eye when he encouraged my daughter to try out. My kid has zero knife skills and I think we opt to keep her fingers for a little while longer. Just sayin’. 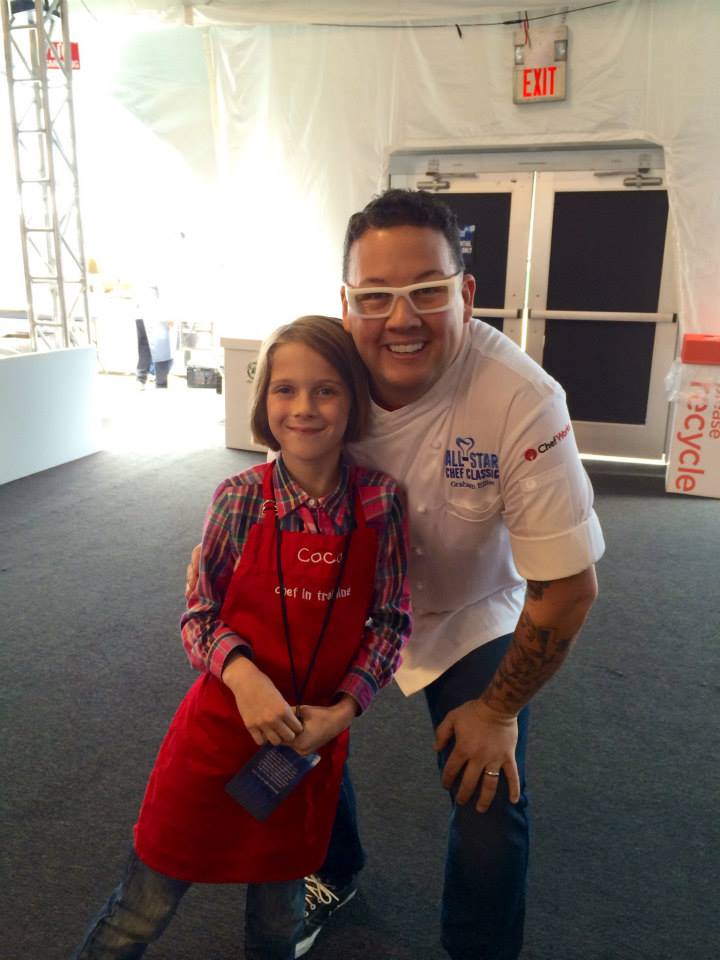 It’s hard to believe this was the debut of the All-Star Chef Classic because it was such a fun and well-executed event. I highly recommend following on Facebook so you can catch the next one. It was so much fun for the whole family and we’re really looking forward to attending again next year!


Nicole Standley a.k.a. JetSet Mom, is a social influencer + lifestylist who shares her love of luxury family travel, fancy dancy hotels, fine dining and all things pop culture at The JetSet Family.

A Gallery of Style for the Holidays, Pasadena CA