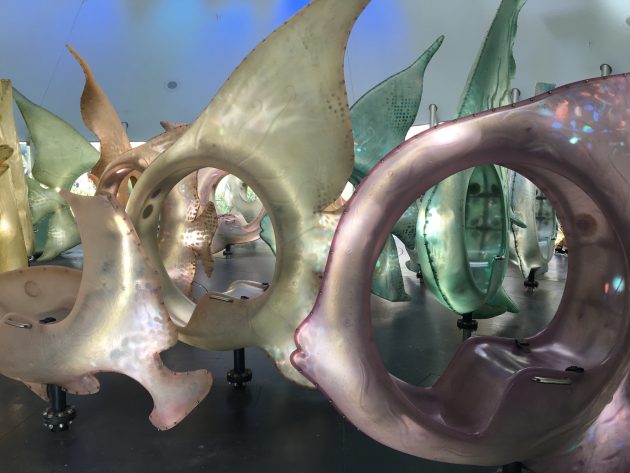 As a New York City local, I get many questions about must-see activities in the city. After trying the SeaGlass Carousel, I’m definitely adding it to my list! 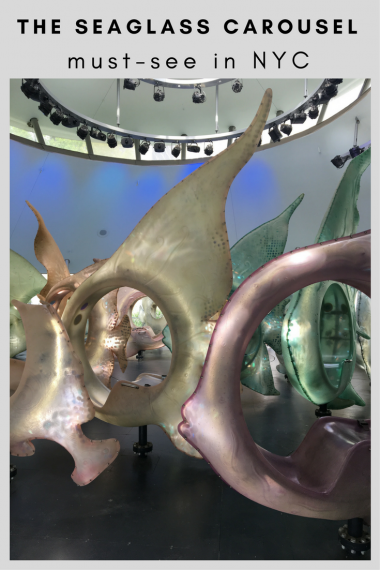 It started with an impromptu play date

The other day we had a last minute play date, and I have to say that those play dates are the best. We had quite a few this summer, and I hope to keep doing them throughout the fall. My friend suggested we go to the SeaGlass Carousel, and I said yes — even though Dylan hasn’t been napping anymore and sometimes cranky in the afternoon.

The SeaGlass Carousel is near my house — 5 subway stops. I’ve been meaning to go for awhile, but never made my way there, and I can’t really explain why. It’s a shame, haha! The SeaGlass Carousel is so beautiful and something totally different than you have ever seen. It’s definetly not your average carousel and is so worth a visit! 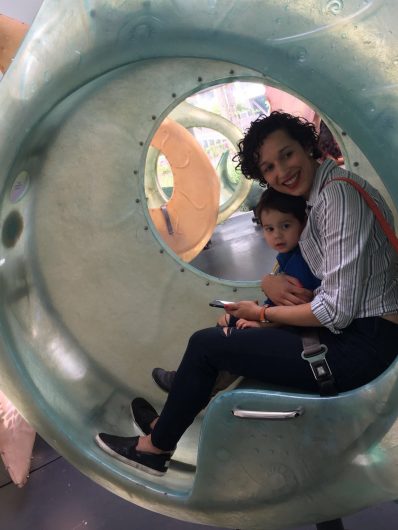 What makes the SeaGlass Carousel special

Most carousels boast horses or circus animals and upbeat, sometimes jangling, music. The concept of the SeaGlass Carousel feels more like a mystical, underwater experience. The music is calming, and the seats are underwater creatures. Besides going around like a normal carousel, each “car” turns around itself, too. It’s pretty amazing.

The ride is only $5 and kids over 12 months pay to ride. Dylan kept asking to go one more time. Also, it’s not just for kids! Lots of adults go there for the few minutes ride, specially at night to see the beautiful lights. 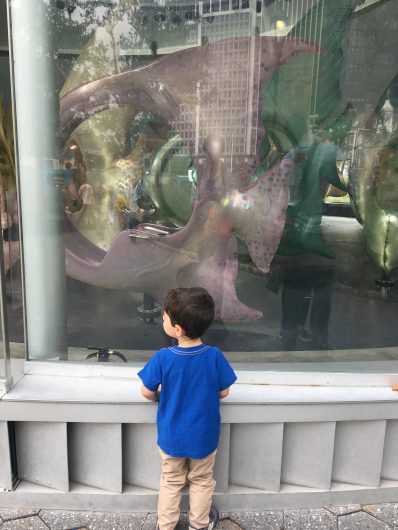 Where to find the SeaGlass Carousel

Located at the end of Battery Park, by the South Ferry Station, this carousel is worth going if you’re anywhere in the city — visiting or living. We took the 1 train to South Ferry and walked basically two minutes to get to the carousel. Other trains are all nearby, too. You can make a day trip to that area, since there are so many things to do around Battery Park or just go for the carousel. You’ll love it, like we did.

Have you been to the SeaGlass Carousel yet? What did you think?

Fernanda Seelos contributed this post as a guest writer. She lives in Manhattan with her husband, 2 year old son, and two kittens. Originally from Brazil, Fernanda has been here for over 11 years. She and her family love the city life and are always on the go. They love to travel, too, especially with their toddle —not an easy task, but always fun. She loves sharing our lifestyle on social media. See more from Fernanda on her blog and her Instagram.

Taking the kids to see the Statue of Liberty